I moved to the USA six years ago and one of the very first trips I took was with John Fox to look for Round-tailed Muskrats in Georgia. We didn’t see one. Nor did I see one over the course of several trips to West Palm Beach, two to Orlando and at least three to the Jacksonville area. I must have spent over 100 hours looking for this species and not gotten close.

In 2016, Scott Flamand, who was aware of my neofiber-frustration, sent me a photo of an animal he’d seen near his home in Gaynesville, Florida. Round-tailed Muskrats were, Scott told me, being seen quite regularly at the new Sweetwater Wetlands Reserve. I went up three months later to see Scott …. but it was a couple of months too late. While the animals were pretty easy to spot in January and February, when the wetland vegetation was relatively sparse, they are much harder to find during the rest of the year when there is much more vegatation cover.

I couldn’t get down last year, but I returned last weekend to stay with Scott and spent eight hours on Saturday, and another three on Sunday, staring into the reeds.

The wetlands are a popular destination (both with birders and familes out for a stroll). They are bursting with avian life along with alligators, turtles, and mammals too: I had a nice look at a Bobcat there back in 2016, and people reported seeing River Otters while I was there at the weekend. There are also Marsh Rice Rats, Bison, feral pigs and horses. 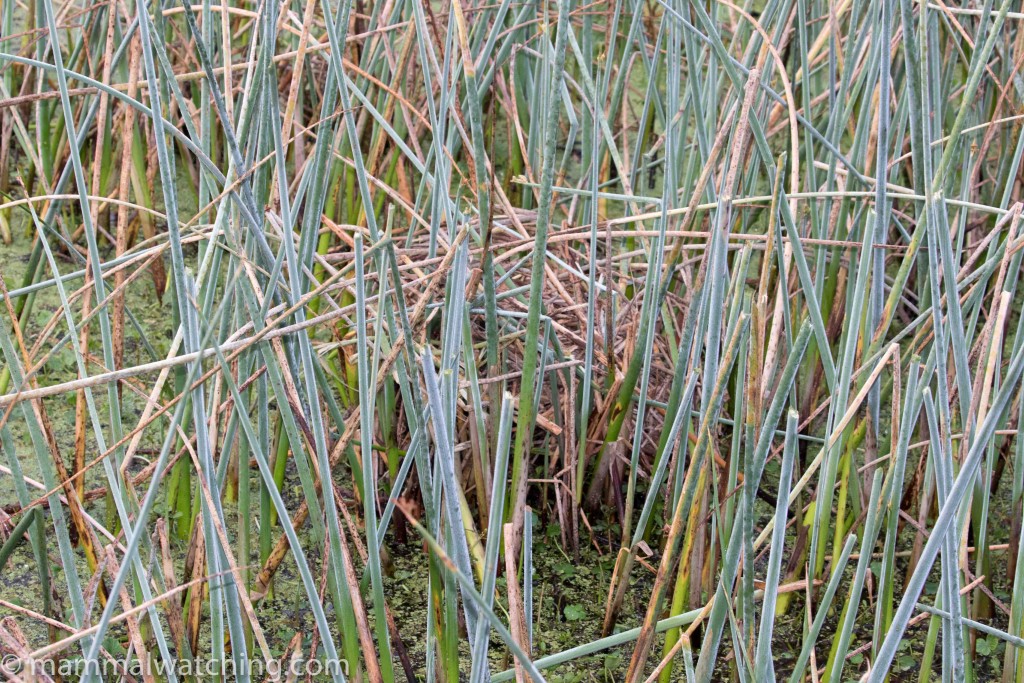 But Scott and I only had eyes for the muskrats. We decided to stake out two active muskrat lodges close to the boardwalk. The lodges, though distinctive when you spot them, don’t stand out all that well: they are nothing more than a scruffy nest of vegetation about 50% bigger than a bowling ball.

I am not sure if this is standard muskrat building code, but both of the lodges we were staking out comprised two nests a metre or so apart. 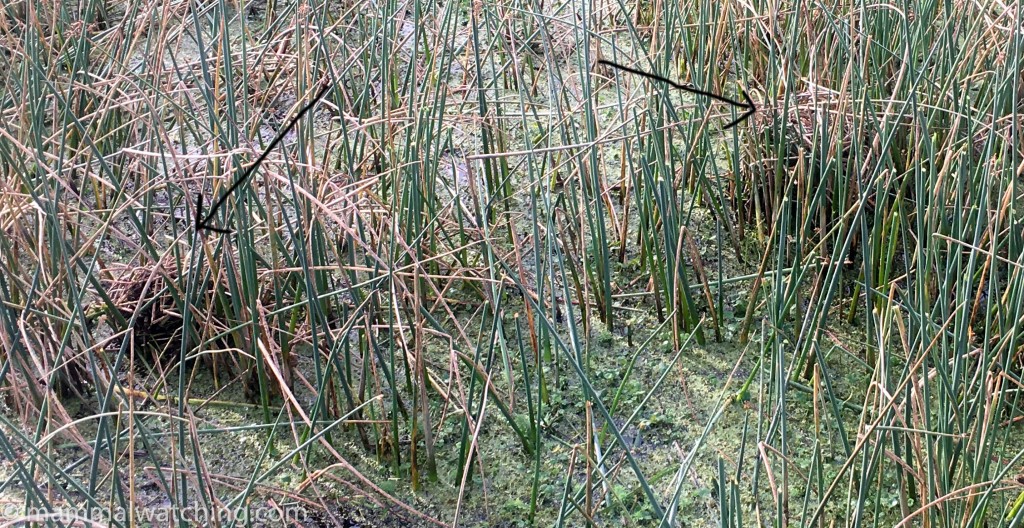 Although Round-tailed Muskrats are predominantly crepuscular/nocturnal they are occasionally active in the day. A local birder told me he had seen them on cold windy days and bright sunny days recently but they were “very hit and miss”. He also said that you might more often notice the reeds moving under the water, or hear the animals chewing on vegetation, than see the creatures themselves.

Scott spotted some movement by a lodge at 10 a.m. on Saturday morning but didn’t see an animal. The wetlands close at sunset and, right on sunset, one of the lodges started moving and shortly afterwards we saw a brown back glide jerkily through the water for a couple of seconds before submerging. A muskrat, but a far from satisfactory look. And there was no chance of getting a better look as the ranger arrived a minute later to politely let us know it was past closing time.

I returned at 7 a.m. the next morning and at 9 a.m. heard a distinctive munching noise coming from close the boardwalk on the opposite side to a lodge. Five minutes later a Round-tailed Muskrat surfaced below me and carried on feeding long enough for me to grab a couple of bad photos. 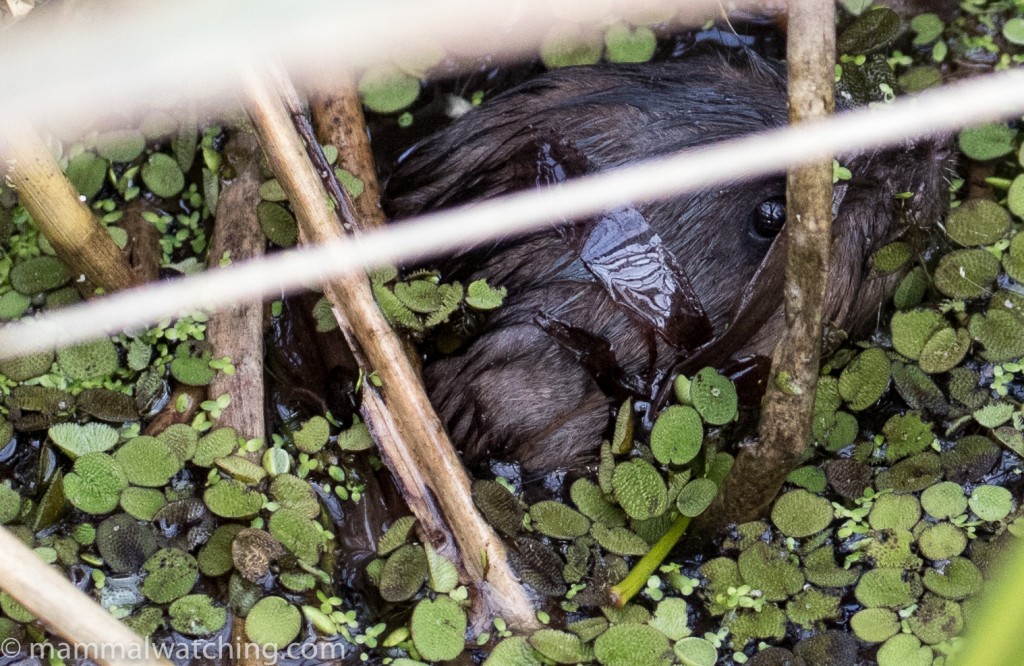 Perhaps not the most exciting mammal of my life, but one of the most time consuming and one that is strangely fascinating for a few of us I know. At least they are in a genus of their own.

Thank you very much to Scott Flamand for his generous hospitality (again!) and the effort he put in to helping me find a muskrat.