Help! I have have been agonising over photos of Franciscana and Cotero Dolphins (Giuanan Dolphins) trying to turn at least one of the animals I saw in Brazil last week into a Franciscana. I would love some opinions.

I was in the Paranagua Estuary south of Sao Paulo.  There are – or at least were n 2008 – Franciscanas here. Back in 2008 the species was not uncommon exactly where I was. There are also Guianan Dolphins.  And the two species can look remarkably similar. Adult Franciscanas have much longer beaks than Coteros, but in younger animals there appears to be no difference. Fransciscanas also have more club shaped pectoral fins, but getting a view of those is tricky. The other diagnostic feature is the dorsal fin: it is quite triangular in a Cotero and much more rounded/flat-topped in a Franciscana.  But of course there are variations.

The animal in the first two photos of this series below seems to have a dorsal fin that is more like a Franciscana’s than a Cotero’s, but I am not convinced. It also seems to lack the darker dorsal cape that the other dolphins we saw had (not sure if that is any use though as a diagnostic).  But I would LOVE other more expert opinions.  Some reference shots of Fransicana dorsal fins from the same waters are in this paper.

Possible Fransicana? Longish beak, rounded dorsal fin and seems somewhat paler on the back than the animals below. 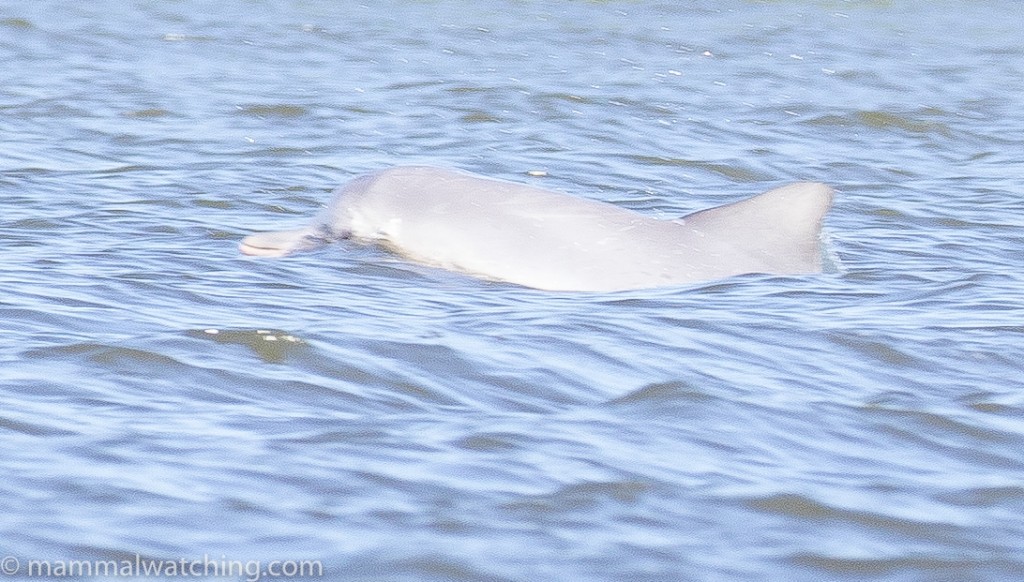 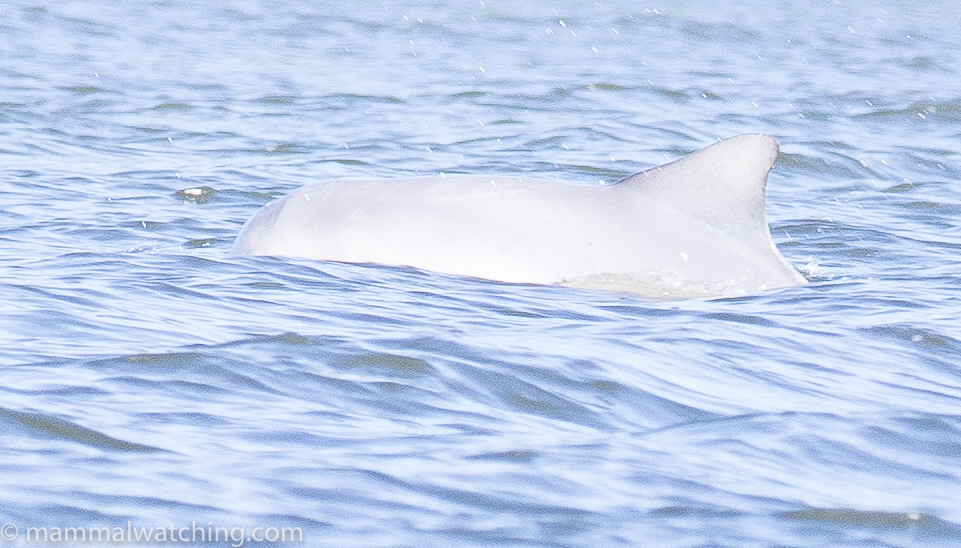 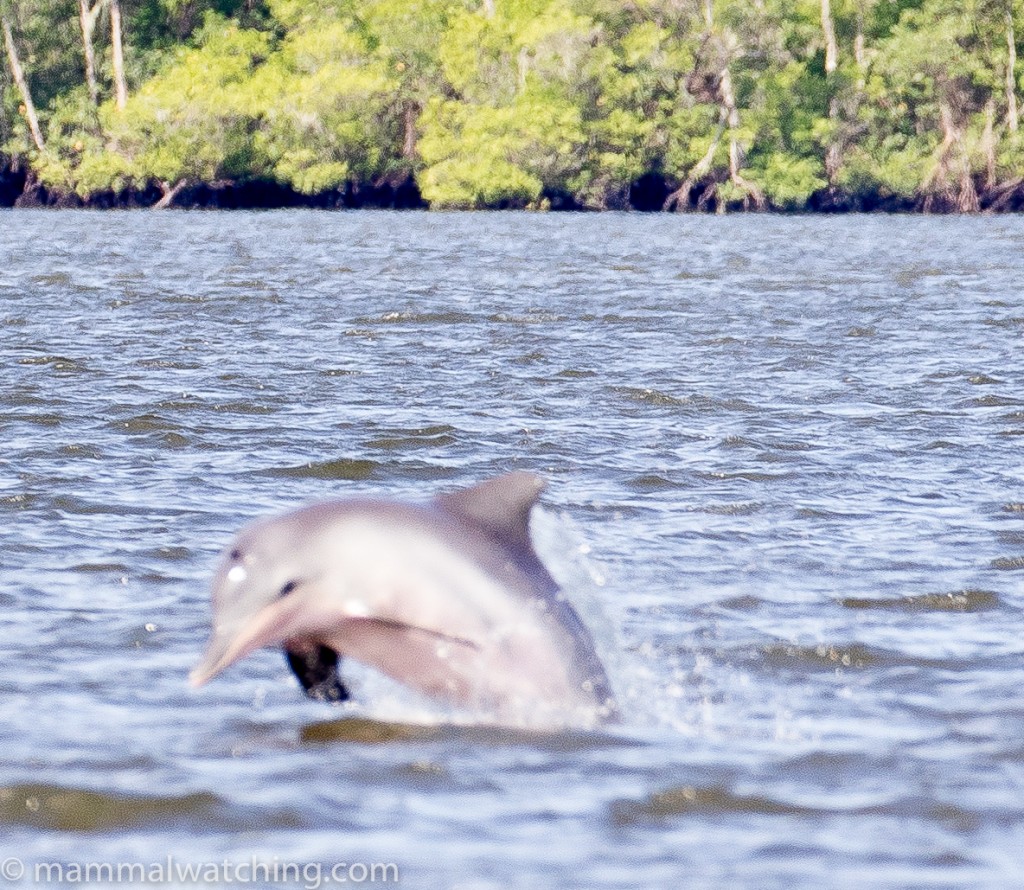 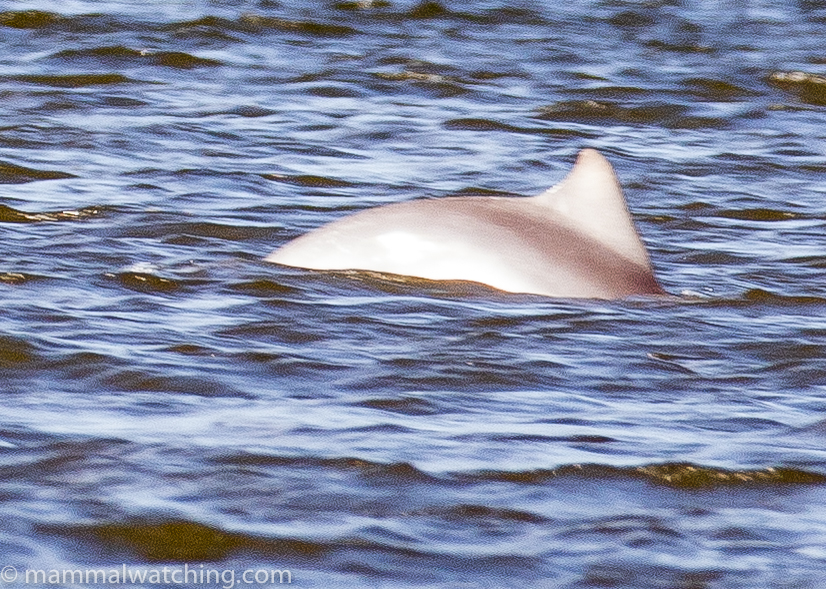 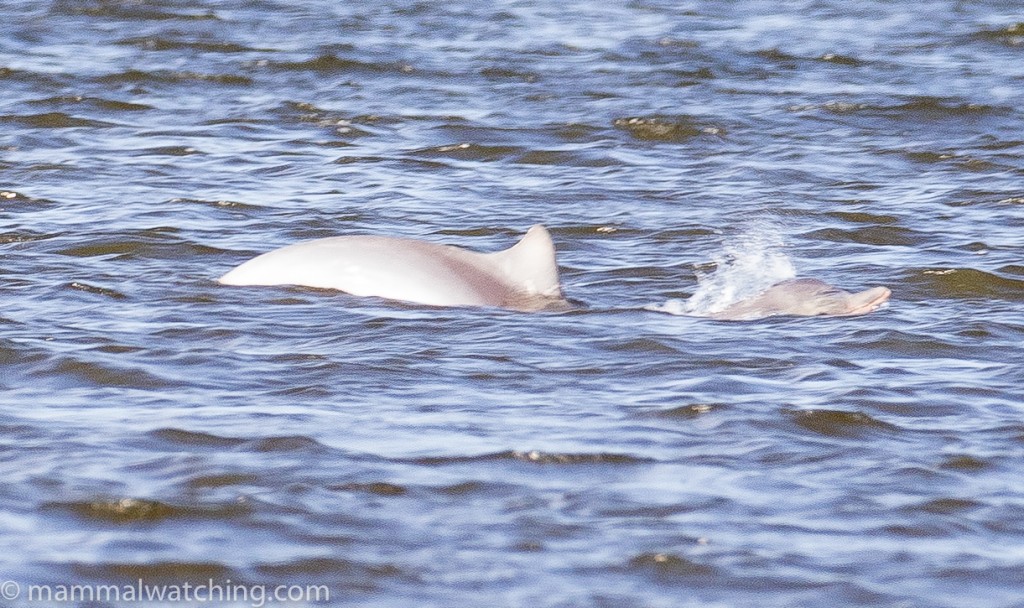 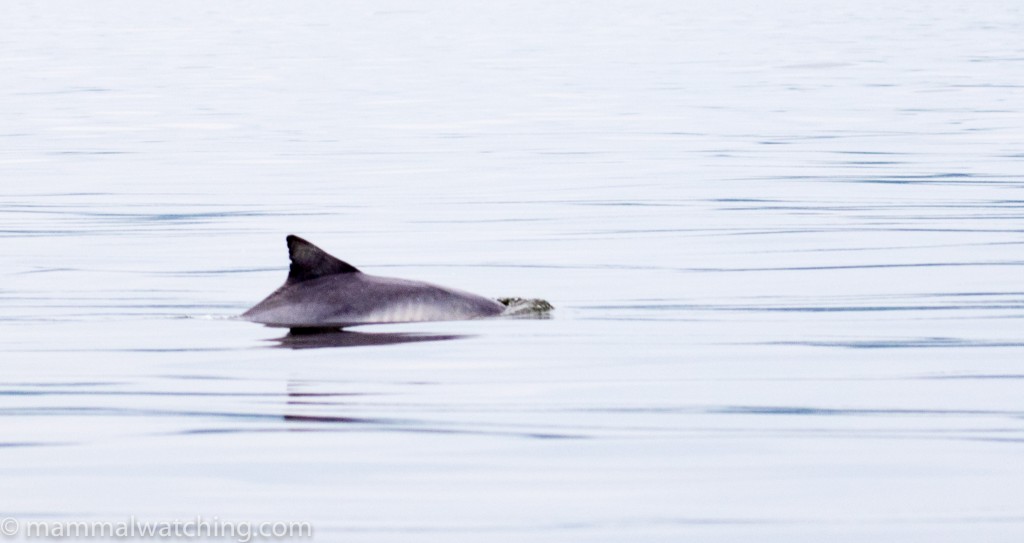