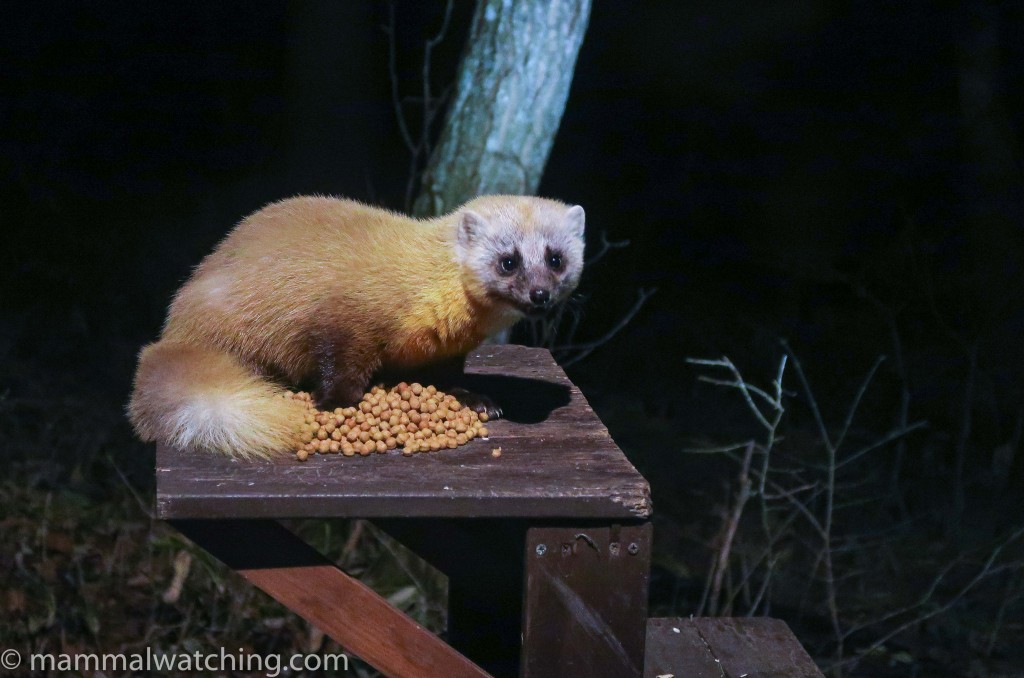 I spent 10 days in Japan in April 2018. This was a trip with – and primarily for – my 13 year old daughter, and one we had been talking about for several years (Katy’s talk had surprisingly not mentioned mammals other than to say “No!”). So I promised – through gritted teeth and bitterly dark emotions – that mammals would not be a priority. This was easier said than done. Planning a non-mammal trip was a voyage of self-discovery: I was genuinely challenged to imagine travel that didn’t revolve around spotlights and forests. Who knew?! In the end I managed to get us to three good areas for mammals, on the condition I would spend just a few hours in each actually looking for them.

This was my third trip to Japan and I had a few species on my wishlist: Japanese Marten, Japanese Badger, Japanese (Dwarf) Flying Squirrel, Japanese Dormouse and Sable.

But…. Hokkaido is the place to see Sables, and, though they are common around the bird feeders at at least one lodge in the winter time, there is little chance of seeing one after March. Japanese Dormice are likely still hibernating in April. And I don’t know of any reliable spots to look for Japanese Flying Squirrels, other than a lodge in Nagano that Dominique Brugiere mentioned but which opens only in summer. So that left Badgers and Martens. 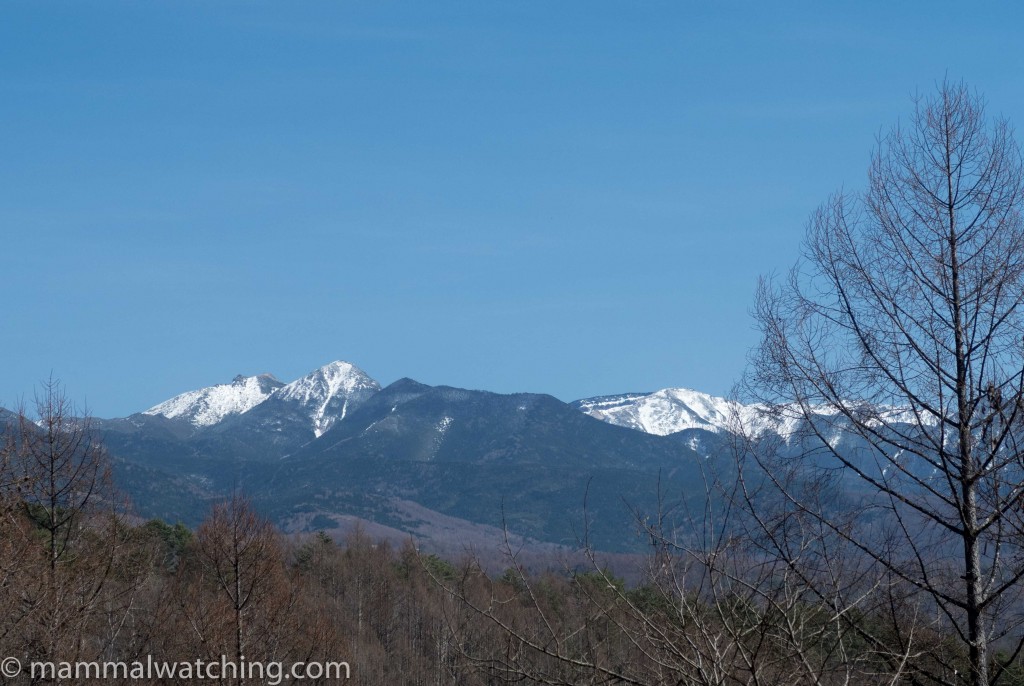 I stayed at Bergcot in 2016 and details are in my report. I love this wonderful guesthouse, its incredible food and the owners who couldn’t be friendlier or more helpful. More importantly it is a great spot for mammals. A Japanese Badger visits their feeding table most nights through the summer (though not the night I was there in 2016), while Japanese Martens and Japanese Raccoon Dogs visit in winter time. There are also some nice small mammals in the garden, plus Japanese Squirrels.

We stayed two nights. I was optimistic we would see the Japanese Martens, and thought there was a slim chance we could see a Badger too: though early April seems to be at the end of the hibernation season up there an animal had visited the bird table at the very end of March.

As the wildlife comes to the dining room window, it was Katy-approved. 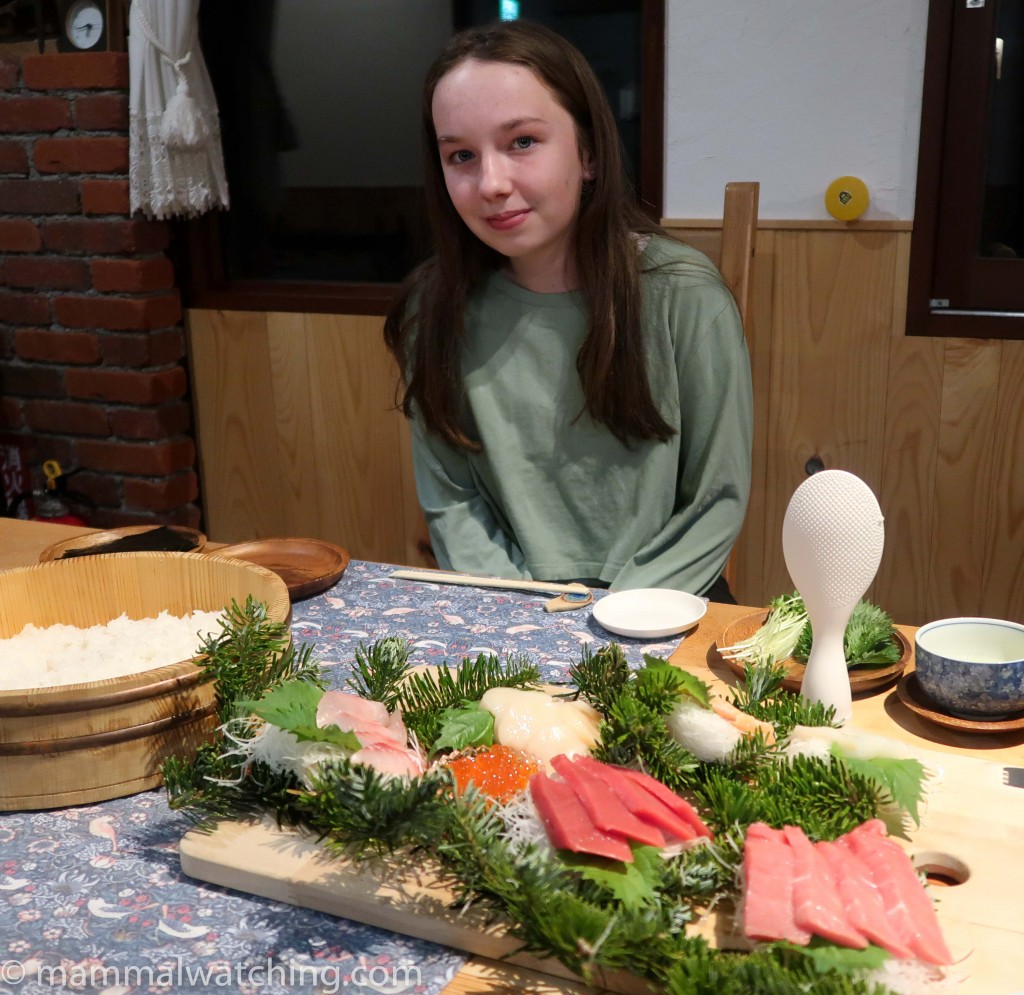 Within minutes of sitting down to a sushi feast, a pair of Japanese Raccoon Dogs (or Tanuki as the Japanese call them and now a likely split from the other Raccoon Dog species) were visiting the bird table and, so long as we kept the window shut, they were happy to feed just a few feet from us. 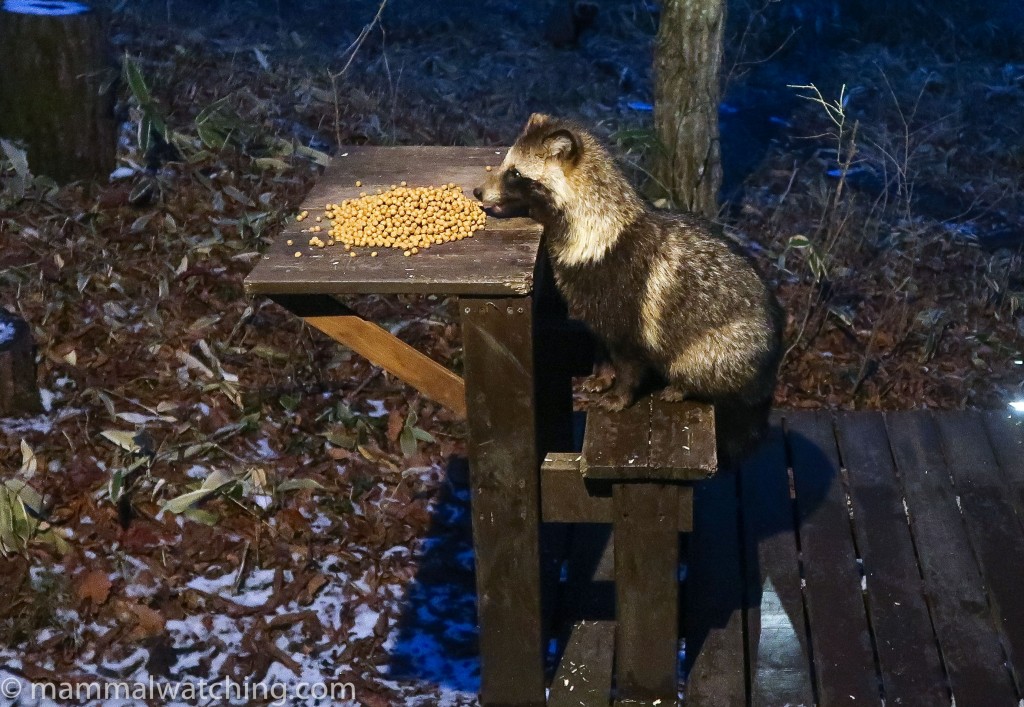 Ten minutes later a couple of gorgeous Japanese Martens (or Ten in Japanese) showed up and spent a good thirty minutes at the food. 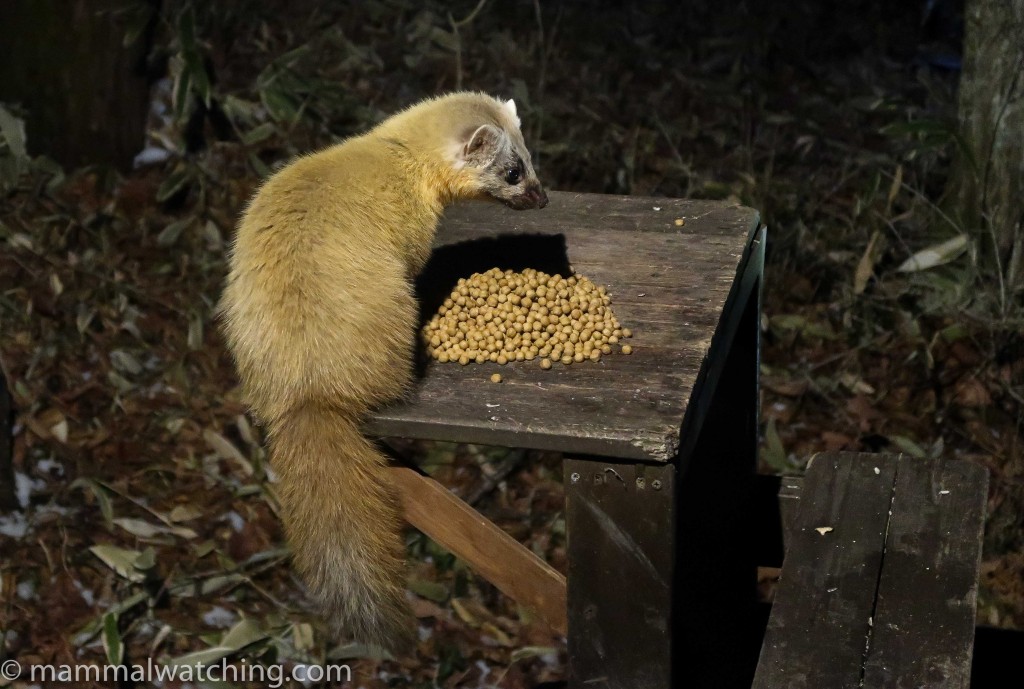 It was too cold to mammal trap, and I didn’t make any effort to look for the Japanese Squirrels again, which probably visited before we woke up. But the next evening, during a brief spotlight/thermal scope trip I saw a few Sika Deer. The martens and racoon dogs visited the food again and later in the evening the owners saw a Red Fox in the garden. They also saw a Japanese Serow that morning while driving their daughter to school. But there was no sign of the Badger during my stay. 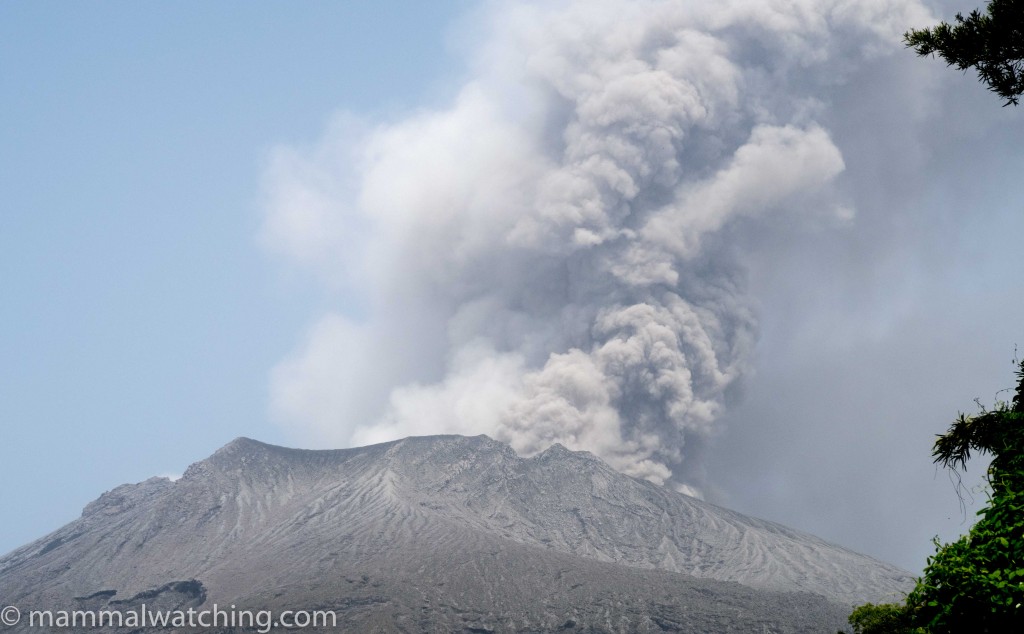 Hot on the trail of a Badger we spent a couple of nights near Lake Miike, close to Kagoshima in the south of Japan. Both Vladimir Dinets and Dominique Brugiere reported seeing Badgers close to Lake Miike. I visited the campsite there after dark two nights running.

During a brief visit (having Katy complaining next to me ensured it was very brief) on the first night, we saw a Raccoon Dog walking along the road in to the campsite. There were plenty of Sika Deer at the campsite itself (which was closed that night) and a confiding Japanese Giant Flying Squirrel, though it lacked distinctive white cheek stripes. 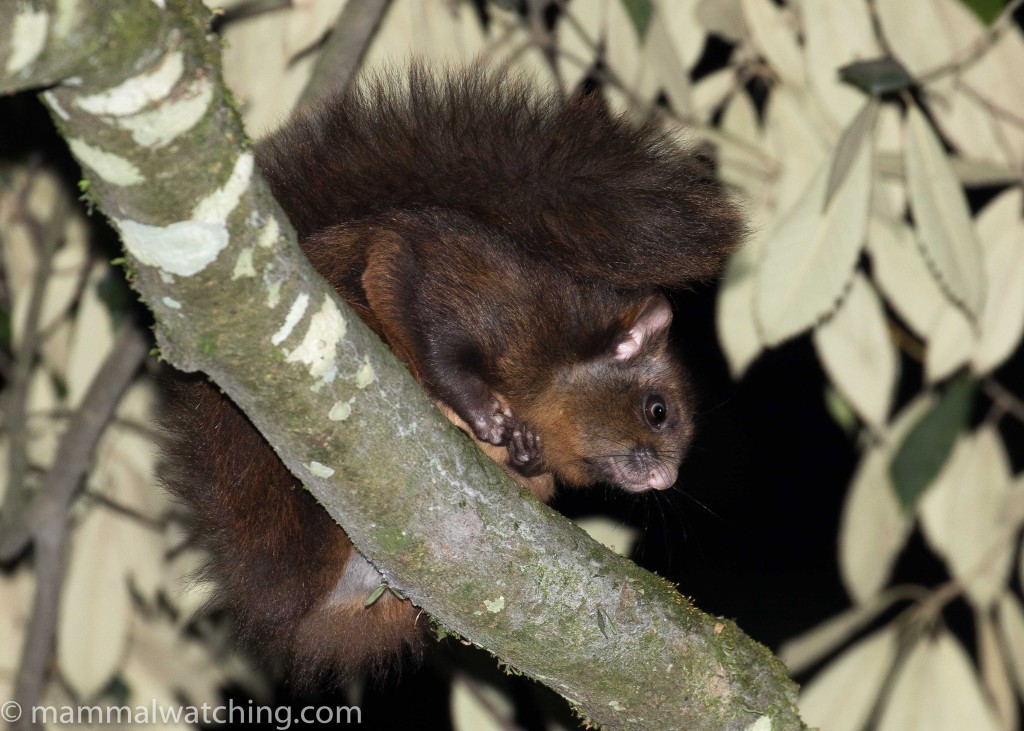 I returned alone the next evening for a longer visit. During 2-3 hours I saw more Sika Deer and several Giant Flying Squirrels, together with a pair of Japanese Martens and many bats flying over the lake. But no Badgers. I drove up to the Kirishimahigashi Shrine, about a mile from the campsite, and had a brief walk around. No sign of any Japanese Hares there (which Vladimir had reported) but I did get a good look at another Japanese Marten just off the trail.

I set 9 small mammal traps near our hotel, close to the lake, and caught a single Large Japanese Field Mouse. 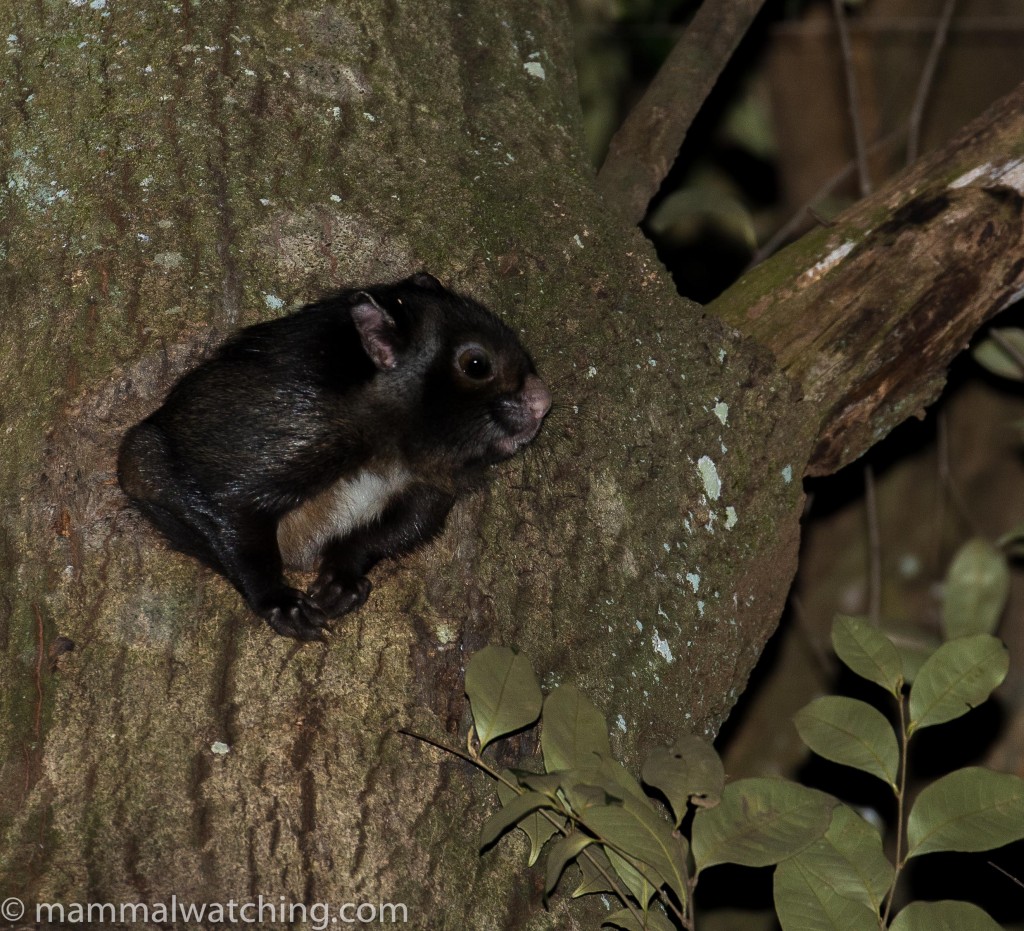 My final night of mammaling was in Kasugayama Primeval Forest in Nara, where Vladimir reported a wide diversity of mammals in Ocotber 2017. 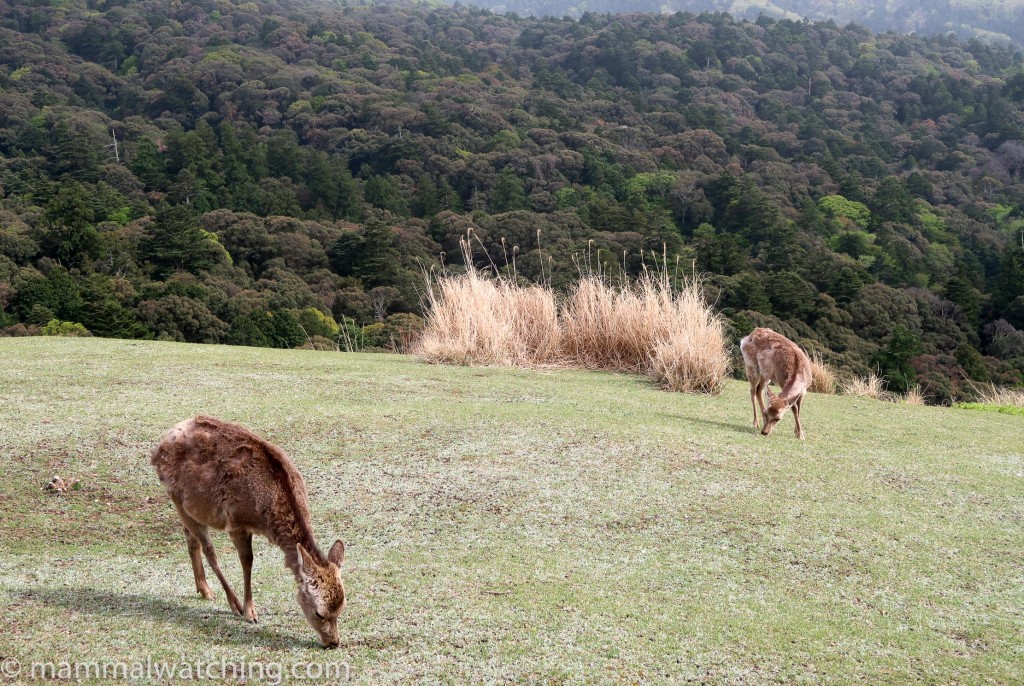 Japanese Giant Flying Squirrels were abundant. I also saw a couple of larger animals on the ground through the thermal scope. At least one appeared to be a Japanese Marten, but I didn’t get a decent look at either of them. There was a rodent on the trail, unidentifiable, as well as this field mouse (I think Large Japanese Field Mouse), that a Scops Owl had beaten me to. 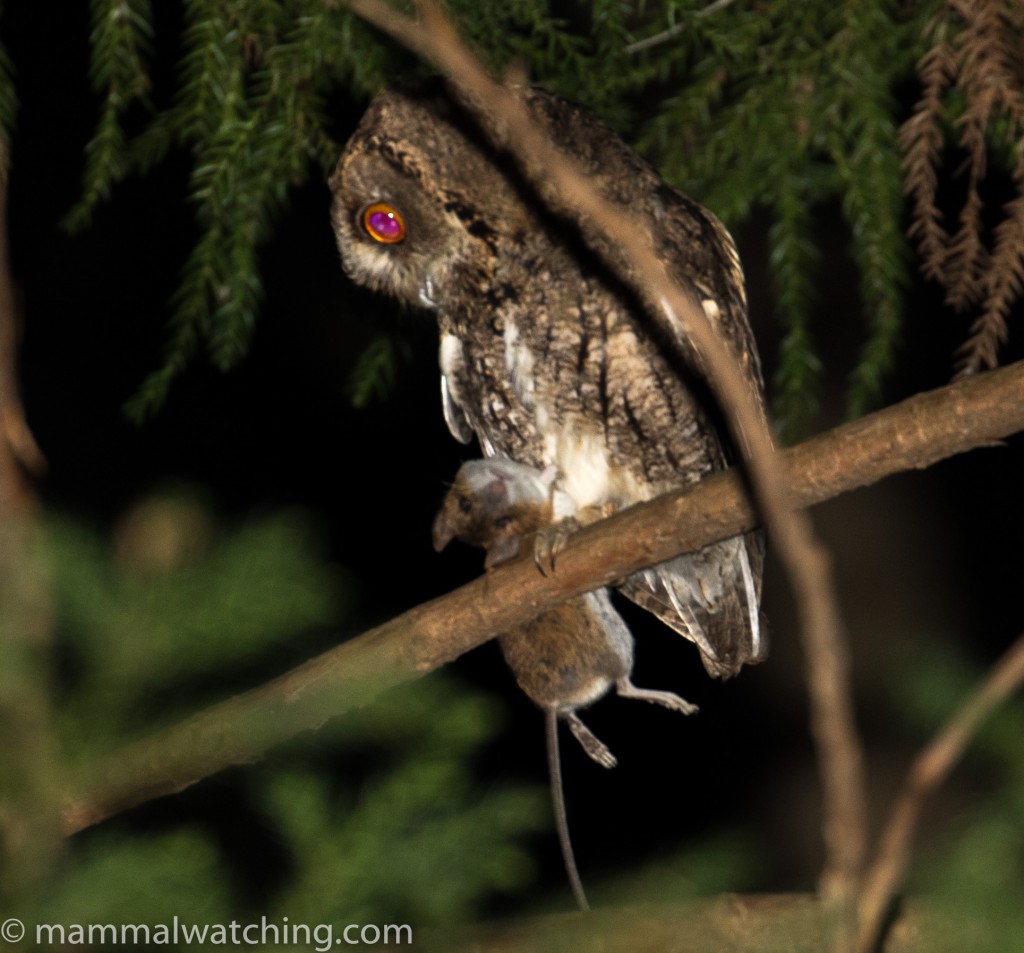 And that was pretty much all the mammal watching I could manage, if I didn’t want to risk the wrath of my daughter. But I may well risk it over the summer, and stop in on the way to Australia to try again for the Japanese Badger which is now very high on my list of bogey animals. 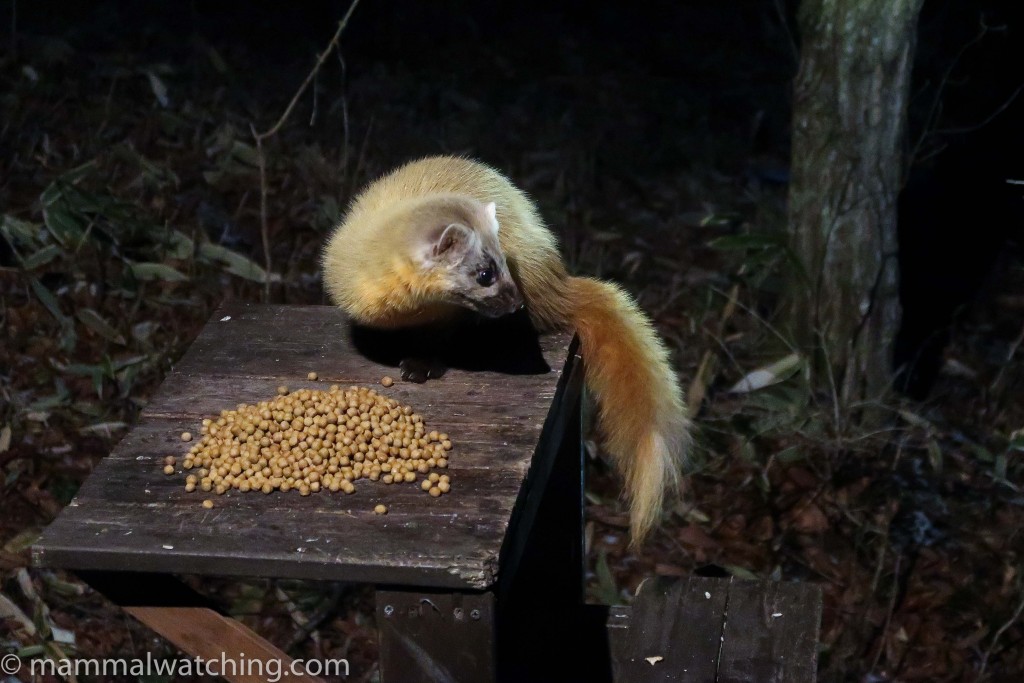