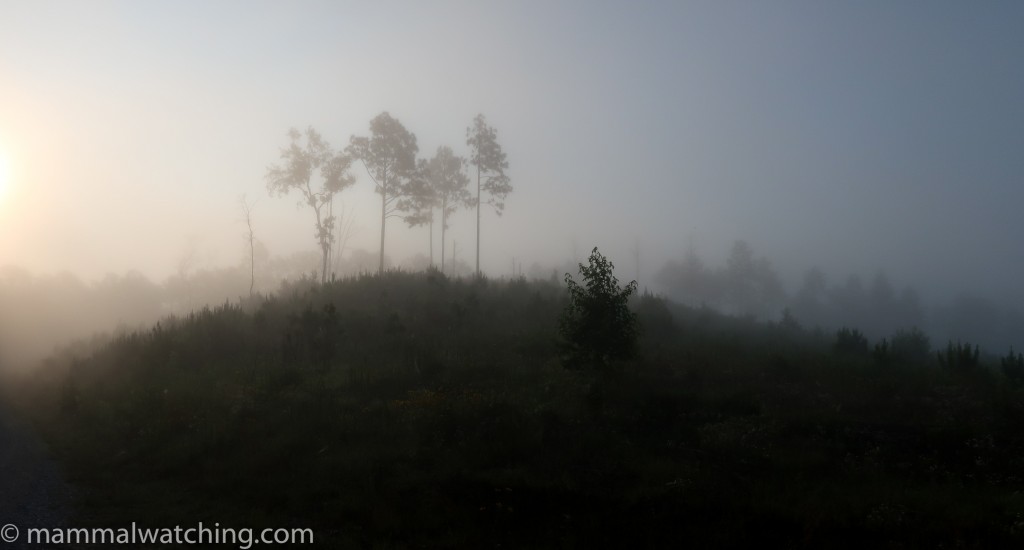 Plans to spend a romantic (i.e. mammal-free) long weekend in New Orleans last week had to be abandoned at the 11th hour. So, stuck with a plane ticket to Louisiana, I thought I might as well look for a few mammals while visiting two states that I hadn’t been to before: Mississippi and Alabama.

I spent a night in Tuscaloosa, and looked around the Oakmulgee section of the Tallageda National Forest in the evening.  A couple of hours with the thermal scope produced only one White-tailed Deer and a Deer Mouse climbing a tree. There were a few Grey Squirrels along the road in the morning.

The swampy hardwood forest around Demopolis  is some of the last of Alabama’s “Black Belt” forest, a particularly rich ecosystem that has been hit hard. I spent a couple of hours with a thermal scope and a flashlight walking a very nice nature trail that starts along  the entrance road into Spillway Falls Park a couple of miles out of town. This is a wide, well-maintained trail with some boardwalk too: excellent for spotlighting.

Things were pretty quiet the first hour after sunset, but picked up after 9 p.m.

I got a good look at my first Eastern Woodrat, frozen on the base of a tree trunk and saw one maybe two others through my thermal scope.

What ought to have been a jumping mouse put on a pretty impressive display of acrobatics when I caught it in the flashlight beam: vertical leaps from a standing start,  2 or 3 ft in the air. But both species appear well out of range down here so I am not sure what this was: can deer mice jump like that?

I also saw a pair of Nine-banded Armadillos, a Raccoon and a White-tailed Deer.  In the late afternoon I ran into a couple of big black Feral Pigs in the bug ridden forest a few hundred metres up the road.