I will probably stand corrected again (as was the case with my ‘non’ servaline genet)… but I have a strong feeling that other than the whitish dwarf squirrel, there are two different species that people encounter, but call both of them “Celebes dwarf squirrel”..

So in Tangkoko, you see this squirrel which they call Celebes dwarf squirrel. The first photo here is from Wikipedia, and the second one is my own: 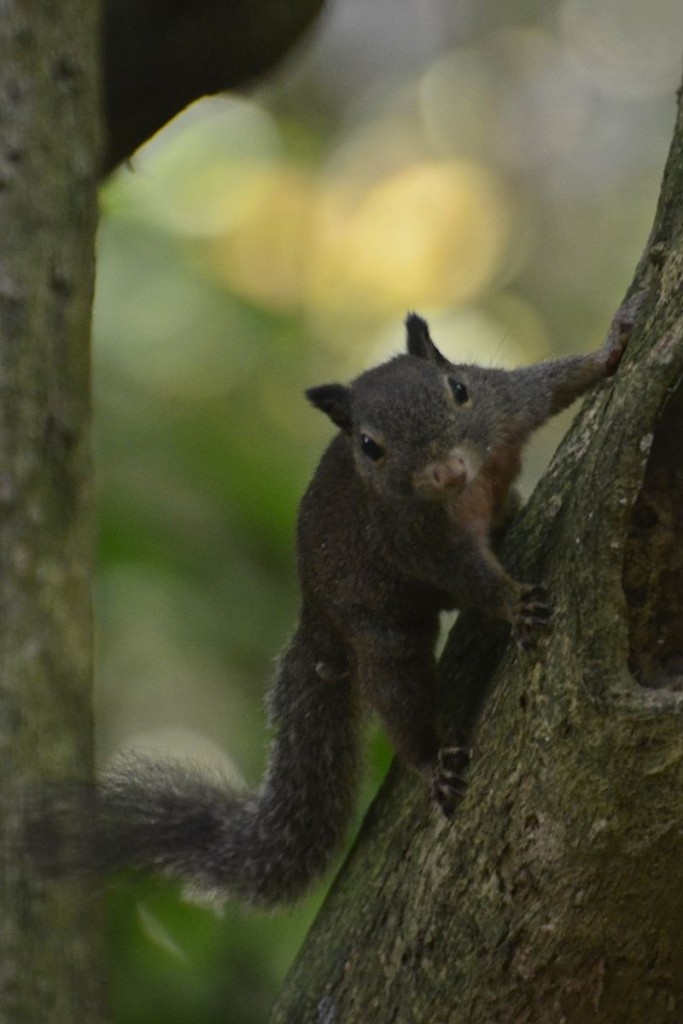 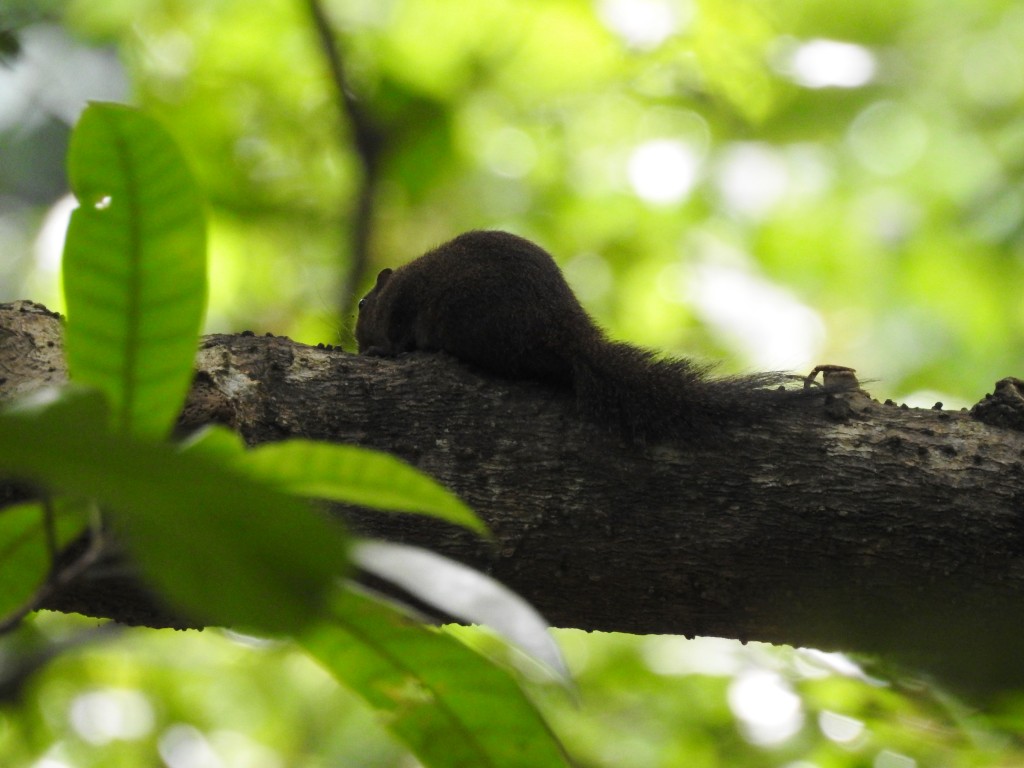 I’ve also compared my own picture to Coke Smith’s picture of this species, as it looks to be the same as mine (notice the tip of the tail in Coke’s picture (http://www.cokesmithphototravel.com/image/62384498.jpg) is in the sun, and looks black with a tinge of red). It’s small, alright, but it’s not small like a pygmy squirrel.

Unrelated (in my opinion), I heard some leaf rustling near the babirusa hide in Nantu, which I thought was a small lizard. But then I looked at the bottom of the hide, and I saw a hairy tail sticking in-between the leafs, so I figured it was a squirrel. I walked out quietly, and in front of me was this tiny, tiny pygmy-looking squirrel. I stood there for several seconds and it didn’t move. So I very quietly walked back inside to grab my camera, and came back out. I got this very unsatisfactory video of it before it disappeared:
DSCN0945

But notice how tiny it is, even compared to the palm leaves it’s hanging onto. And it’s lighter gray, as opposed to this blackish color, and doesn’t have a protruding nose, like the Wikipedia picture (which may be incorrect and/or a different squirrel than the one Coke and I photographed in Tangkoko)

To me, the latter does not look like the former. Which brings me to the question: Does anybody have a picture of Weber’s dwarf squirrel (Prosciurillus weberi)? I couldn’t find one online.. According to the description and the distribution maps, it should occur in both Tangkoko and Nantu (IUCN map + verbal description).

Anyway, maybe I’m wrong, but any feedback would be welcome.