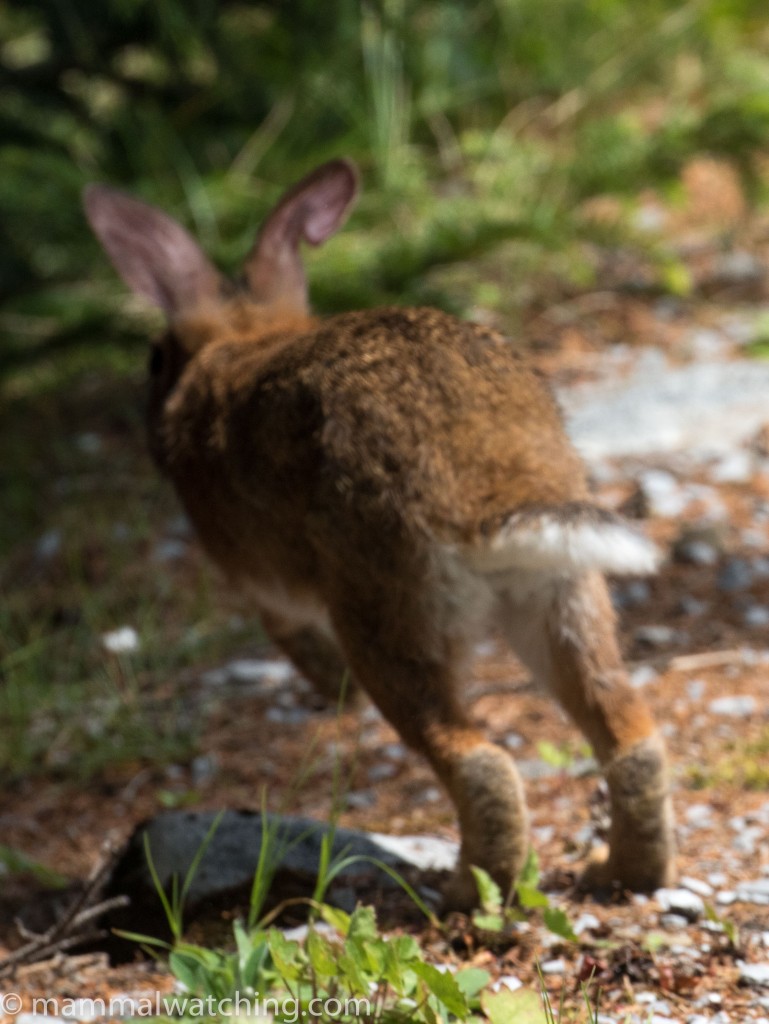 I spent last weekend with my kids on a quick trip looking for two mammals a few hours south of New York City. 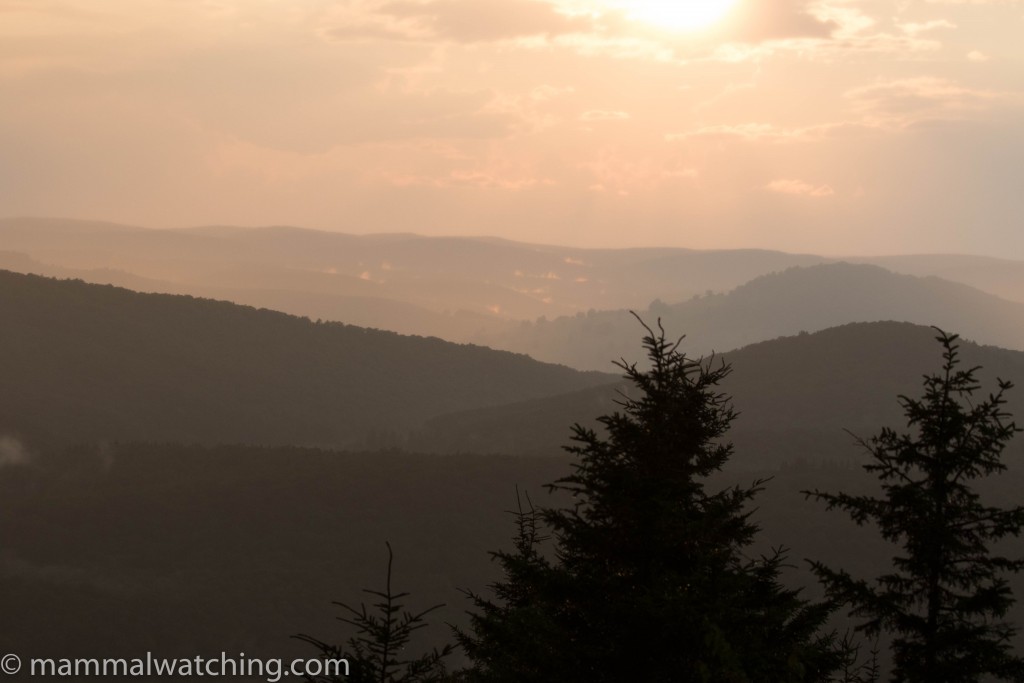 We got there just before dusk but it was raining pretty hard and I didn’t see the herds of cottontails rampaging across the parking lot that I had hoped for.

Dolly Sods – though I am not sure which bit of it – is meant to be another good area.The weather cleared overnight and I was driving around up near the campsite at 6 a.m.  But again no rabbits.

After a cut-throat game of miniature golf we drove back to the top of Spruce Knob, as I read over breakfast that the cottontails are often seen around the Spruce Knob observation tower (300 meters from the car park).

Midday is not the best time to look for rabbits, but I saw one on the edge of the trail halfway between the tower and the car park. 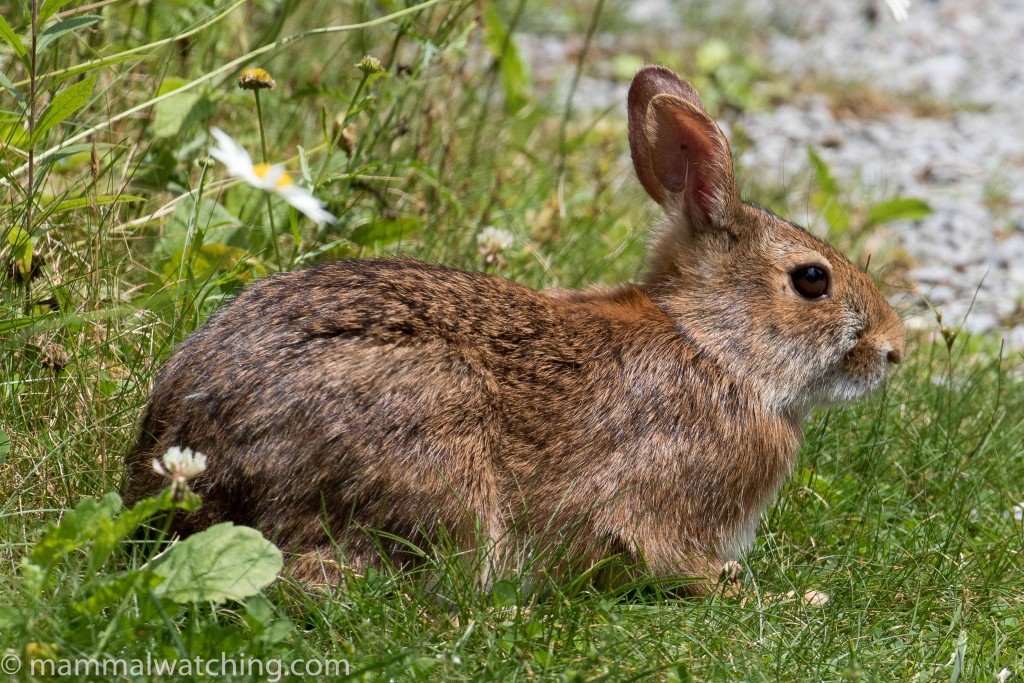 Cottontails can be very hard to tell apart but I am fairly sure this is the only species up so high here.

West Virginia is really very pretty and somewhere I hope to get back to soon. 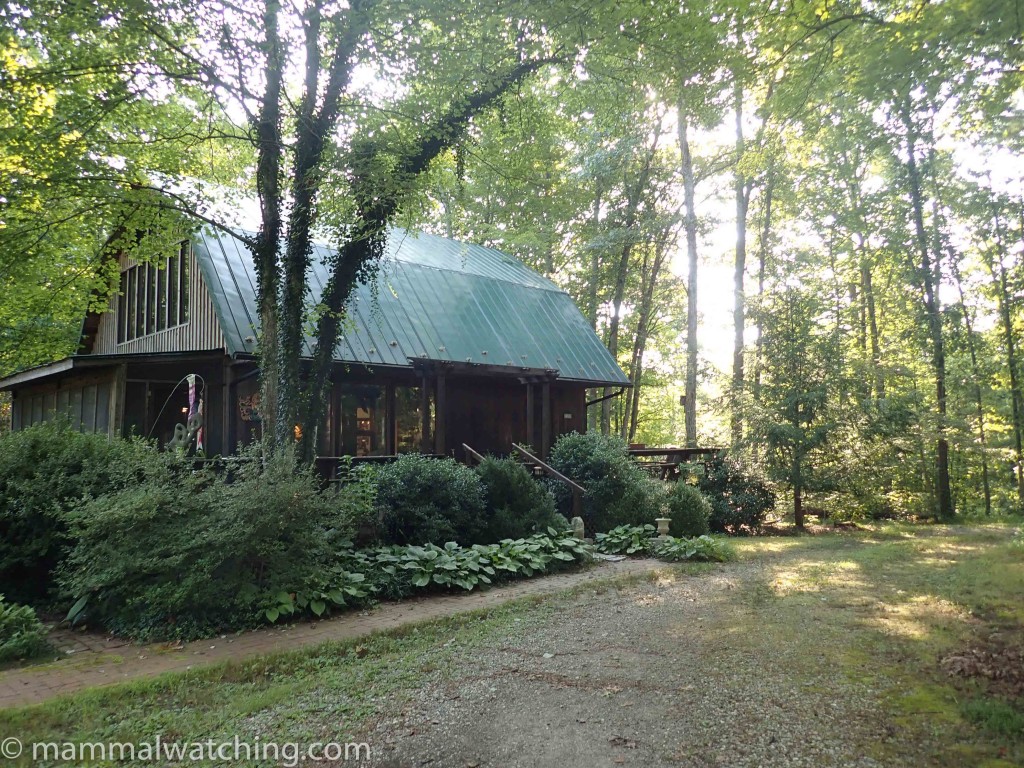 We spent the next night in Shipman, Virginia, staying with Allen and Barbara Hale, who very kindly put us up, fed us extremely well, and helped me find me an Allegheny Woodrat.

Allen owns the wildlife speciality bookshop Buteo Books, runs birding/wildlife trips to Panama and has had woodrats living around his house on and off for many years. I first met Allen during an unsuccessful hunt for them around here back in 2016. But though the species is declining further north, they still seem to be quite common among the cliffs and empty buildings of Shipman, Virginia. If I remember right, John Fox and Curtis Hart saw one here several years ago also with help from Allen.

There was plenty of evidence that the woodrat was living under the house and Allen had been feeding it regularly with – this week at least – peaches. I patrolled the house for a couple of hours after dark with my thermal scope but didn’t see a woodrat.

I also set a bunch of Sherman and small mesh cage traps and the next morning we had one: caught in the only trap which had been baited with peach, rather than apple.

Mission accomplished. Thank you again to the Hales for being so welcoming.