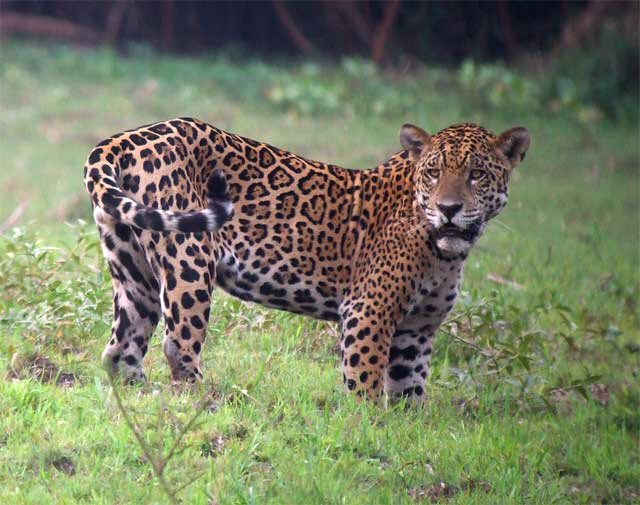 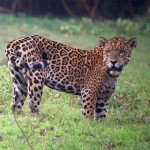 Many people visiting this site will have known John Brodie Good, founder of Wildwings, who sadly died recently after suffering a heart attack. Some will have travelled on Wildwings tours while others will have read trip reports on this site or elsewhere. However what many people may not appreciate is how big a contribution John made to many people’s enjoyment of mammal watching and made indirectly to this website.

John was a birder at heart and set up Wildwings as a birding tour company but quickly developed a specialisation in wildlife cruises where his passion for cetaceans developed. In 2004 he decided to branch out out into dedicated mammal tours and Wildwings became the first European tour company to offer tours to Brazil to see Jaguars at a time when Jaguar was still believed to be incredibly difficult to see in the wild. We saw four different individuals on that first tour. Since then we have launched many other new tours including the first dedicated trips to look for Pumas in Chile, Spectacled Bears in Ecuador and Chinese Mountain and Pallas’s Cats in China. John’s pioneering spirit helped open up new opportunities which other tour companies have followed, enabling people to see many species that were previously considered to be almost impossible to see. It’s very satisfying to think that since we branched out into mammal watching tours no fewer than 27 species of cat have been seen on Wildwings tours and all of these have been seen well.

What is probably less well-known is the contribution that John made to enable independent mammal watchers to see mammals. Although he would obviously have preferred people to join a Wildwings tour he appreciated that some people could not afford tours and/or would prefer to travel independently. Consequently he was comfortable with me writing up detailed reports of my recces for future tours even when he had partly funded the recce. He believed that everyone should have the opportunity to see good mammals and birds and practiced what he preached.

It’s somewhat ironic that John had finally decided to come to China next spring to look for his most wanted mammal, Red Panda, along with Giant Panda and Snow Leopard. Sadly he’s not going to have the chance to fulfill that dream now.

Although he never contributed directly to this site he made a major contribution indirectly and will be sadly missed. RIP John.