New Book: Illustrated Checklist of the Mammals of the World 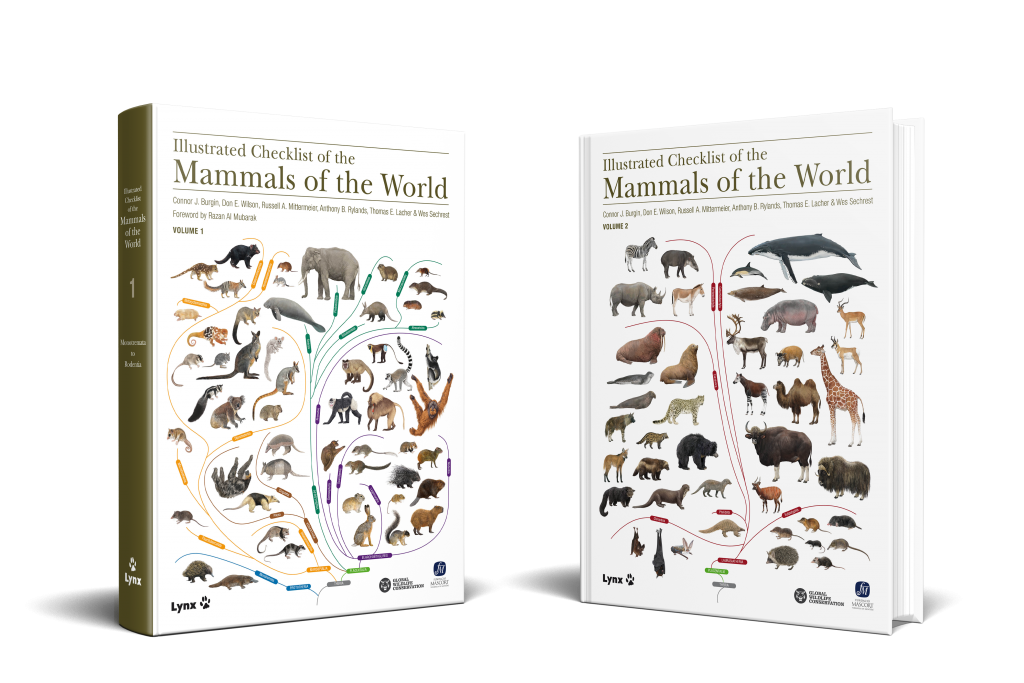 Now this is exciting. The brand new Illustrated Checklist of the Mammals of the World just arrived and it is a thing of beauty.

This two volume set covers more than 6550 mammal species. Each is illustrated and comes with an updated range map, IUCN conservation status, taxonomic notes and common names in English, French, Spanish and German. There is also information about many subspecies along with a helpful chapter on the latest thinking in mammal taxonomy. 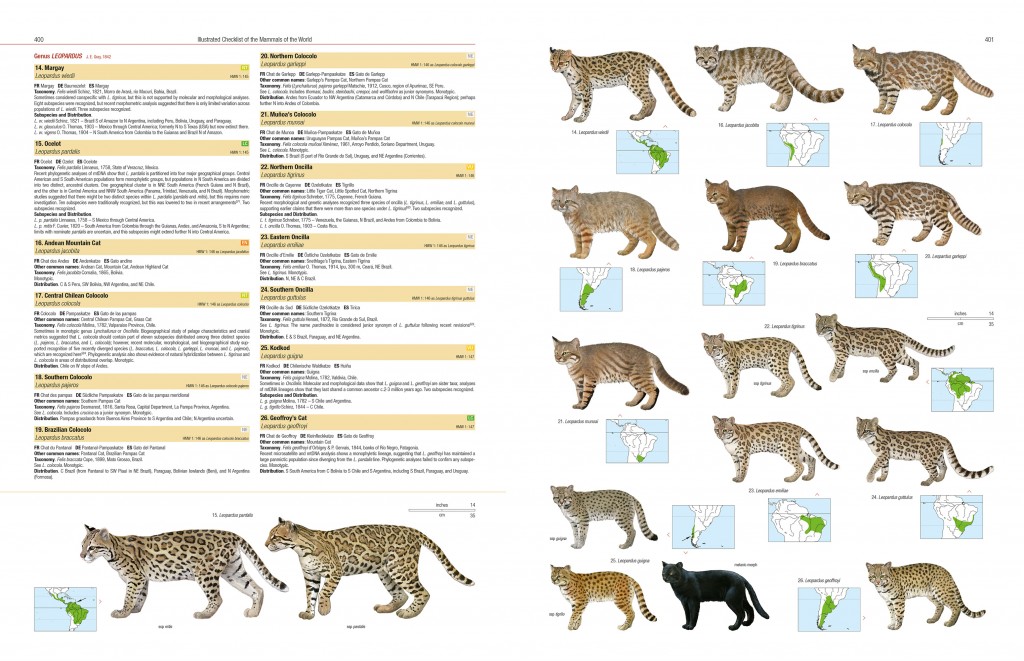 The books are constructed from the foundations of the Handbooks of the Mammals of the World though 180 additional species – described after the Handbooks were published – are included here. So this is as current as you can get: indeed, the checklist includes more than 1000 species that were unknown to science 15 years ago.

The checklist features more than 7,150 illustrations. Many were in the handbooks, but there are 700 new illustrations of primates and more than 100 covering other groups.

I imagine that many of those who have already invested in the entire 9 volume set will want to add this to their collection. And if you didn’t get the handbooks then this is a more affordable alternative. It is still quite expensive – currently 180 euros for the two book set – though that works out to less than 3 cents a species. 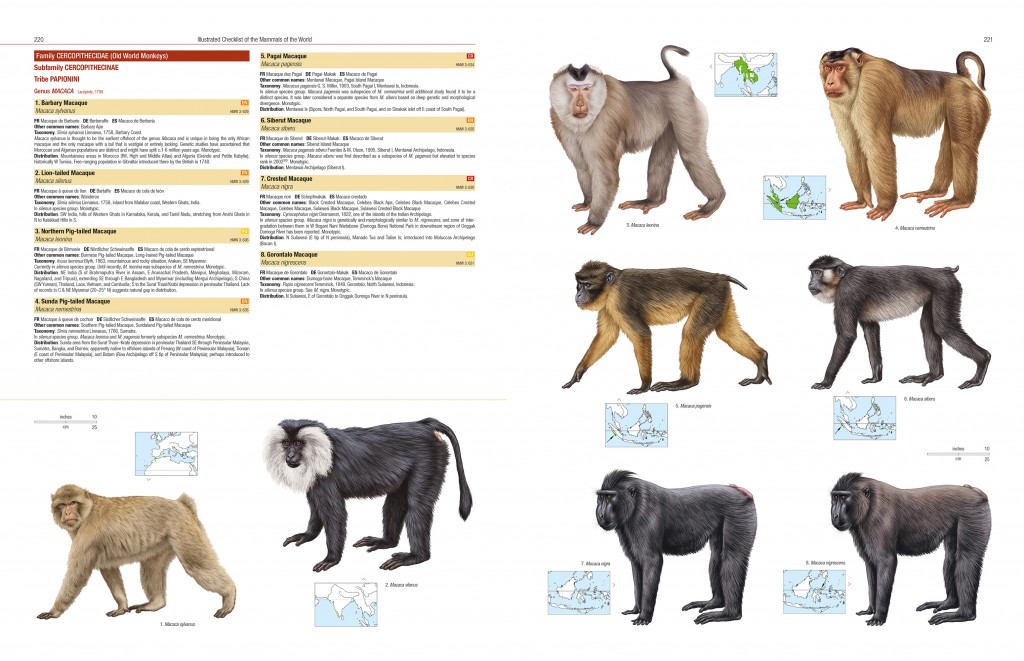 This is an absolute treasure of a book and just in time for the holidays!

My big dilemma now is whether to go through it with a pencil and mark off all the species I have seen. Strangely enough I suspect I am going to find it hard to resist the urge for a ticking frenzy.

Available from Lynx publishers at https://www.lynxeds.com/product/illustrated-checklist-of-the-mammals-of-the-world/ and elsewhere. 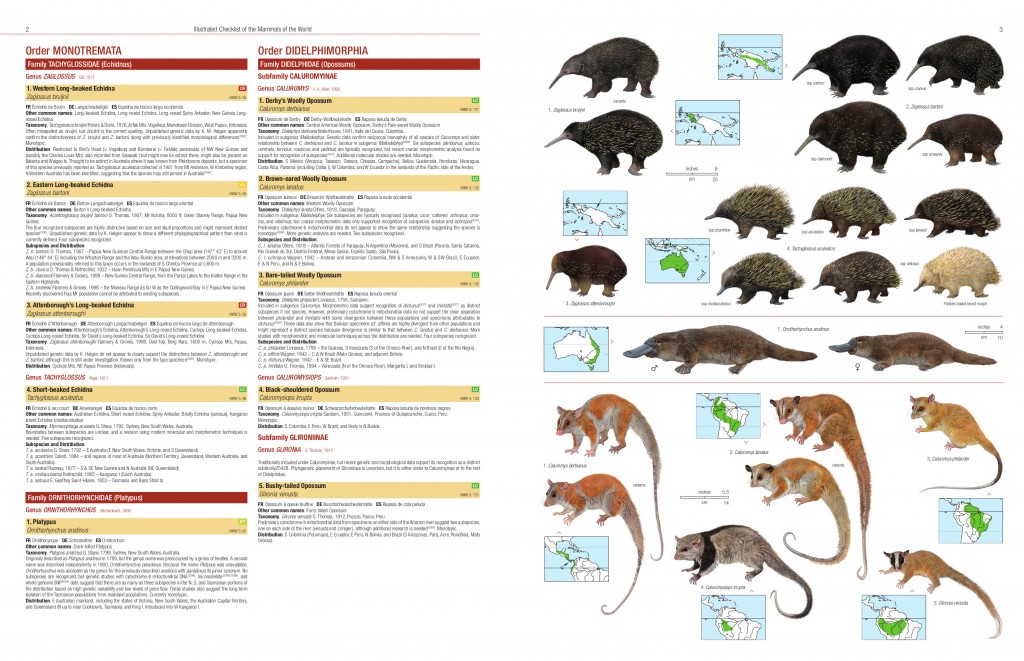