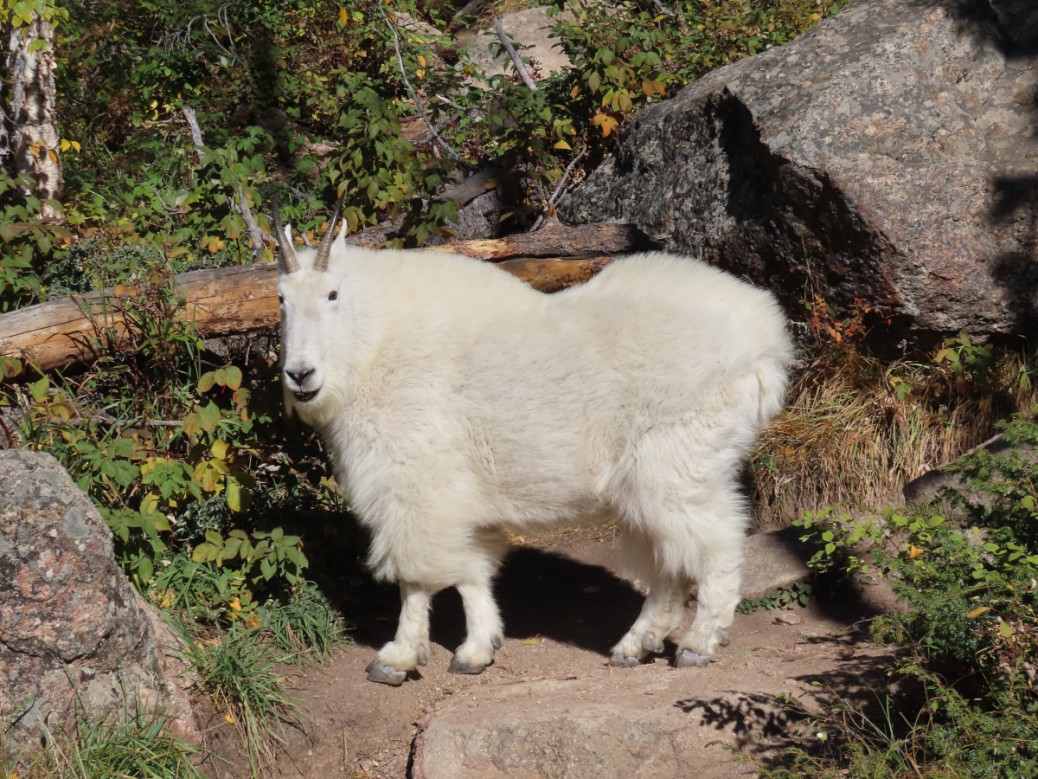 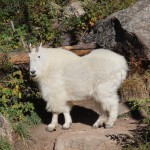 I took a weeklong trip to the Badlands in mid-October after gaining advice from forum members that this is a good mammal watching location. I was not disappointed and the trip surpassed my expectations as a mammal watcher from Eastern US. The good thing about October is there are no crowds. Accommodations were plentiful and not expensive. Even at popular dinning options, we rarely waited long to be seated. The bad thing about October is days with high winds could be cold. There were a few days that I wore short sleeves and a number of days that I wore three layers of clothing and light gloves. I would also advise to take severe wind warning seriously, particularly when visiting prairie dog towns after dark.  At one point there were 60+ MPH winds and all I could see was dust blowing past my windshield. Minutes before and after everything was fine. For a moment, I thought I was being swept up by a tornado. I really cannot describe just how much dust there was in the air, the entire field of view was nothing but dust blowing at high speed. Despite a couple of very windy days, the weather was generally suitable for mammal watching. As far as accommodations, any of the budget hotels in Wall seemed fine to me. There are places to eat there, a gas station, car repair shop, but I am uncertain where a grocery store would be found. I stayed inside the park at Custer State Park which worked well. Make sure you have a spare tire or way to patch it, I did get a flat tire during the trip. I was going to visit the Thunder Basin Grasslands but having already lost a tire and not having a spare tire, I decided against going to a remote location.

These were probably my favorite areas of the trip. The pronhorn, bison, mule deer, and bighorn sheep are like props along the side of the road. You really cannot miss them and they are not bothered by human presence. I saw the pronghorn staged most of the time right at the entrance of the park nearest to Wall. There were also often bison there. The prairie dog town at the entrance had coyote and badger. Just up the road at Sage Rim Road there were often Bighorn sheep (or slightly further at Pinnacles overlook area). Sage Rim road had more coyote, bison, and robert’s prairie dog town usually had coyote, sometimes bison, many birds of prey, and I saw a badger there. Just past Conta Basin overlook were often a pair of rams. The prairie dog town at Quinn sometimes had antelope or coyote. I also saw sharp-tailed grouse in that area. Conta Basin road I saw a number of rabbits at night, porcupines, and unidentified small mammals in the prairie dog towns that appeared to disappear into holes. They were too far away to identify but about the size of a house cat. Possibly they could have been fox, badger, skunks or ferrets, but in all cases they were a bit far off to identify. During the day, I saw birds of prey in this location. There were also Bison (near the start) and deer along Conta Basin road.

The wildlife loop contained many of the same species – Bison, pronghorn, deer, prairie dogs. However, I saw more sharp-tailed grouse here. There were fewer predators seen at the prairie dog towns. The burros come out to beg for carrots (available at the general stores) during late morning through early evening. The wildlife loop is nice but after already having seen badlands, I didn’t pick up any new species here. The real gem was the Needles Highway providing access to the higher elevation sites with amazing scenery and mountain goats. Once I got into the higher elevations, they were not hard to find. Some were seen along the ridges from the roads. I also had one walk across the trail in front of me on Cathedral Spires trail, Back blacked woodpecker was also seen at these higher elevations. The lake area and Coolidge Mountain were said to have marmots but I did not see any from the roadside pull offs or just walks I did. Perhaps it requires a closer look or perhaps they were already spending time underground.

Here we saw more mountain goats, including a young one. There are three waterfalls, all of which are worth visiting as they are short walks from the roadside. The trail for one is not obvious, but it is behind a restaurant. Just past the waterfalls is a nice spot called DC Fish hatchery. You buy feed and feed the three trout species they raise there. Many ducks including wood ducks also come for the food.