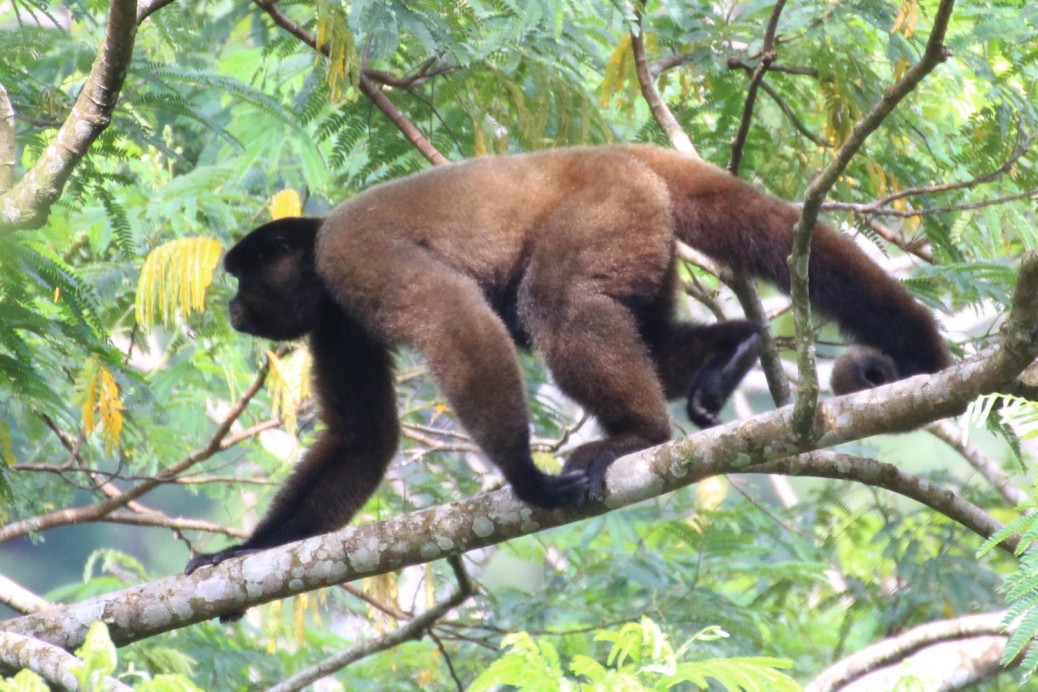 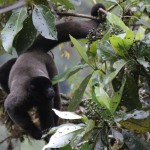 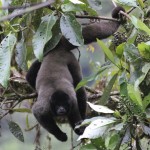 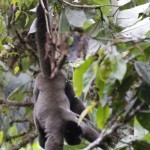 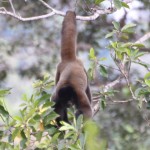 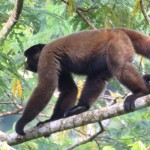 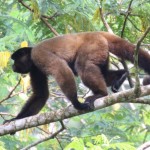 During a birding visit to Peru in August 2015, I observed several monkey species in Manu National Park. Among these were several sightings of Woolly Monkeys. Several parties were seen in the area above the Cock of the Rock lodge at ca. 1500m altitude and another party (of two adults and a baby) was observed from the canopy tower of Amazonia Lodge at ca. 600m altitude. Supposedly, only the Gray Woolly Monkey Lagothrix cana tschudii occurs here (see e.g. HMW Vol. 3; Patterson et al. 2006). However, I noticed strong differences in colouration between the monkeys observed at 1500m and 600m altitude, while revisiting my pictures last winter.

After carefully reading the species accounts of the different Woolly Monkey species in HMW Vol. 3 (Primates), I have come to the conclusion, that most likely there were two different species involved in my observations. While the monkeys at 1500m altitude were indeed the expected Gray Woolly Monkey L. c. tschudii, the monkeys observed near Amazonia lodge, at 600m altitude are phenotypically Silvery/Poeppig’s Woolly Monkey L. (c.) poeppigii. If confirmed, this would constitute a southwards expansion for the known range of this species of ca. 500km!

My identification of the two species is mostly based on the colouration of the fur, as I could not find any other useful features for the ID. Any comments are most welcome.

Attached you find the pictures (unaltered, only cropped) of the Woolly Monkeys observed at Amazonia Lodge (pictures 1-3, presumed L. (c.) poeppigii) and above Cock of the Rock lodge (pictures 4-6, L. c. tschudii). Furthermore there is a video sequence, showing a female with a baby on Youtube, which one of the one participants recorded (The monkeys are shown 2:04-2:38)