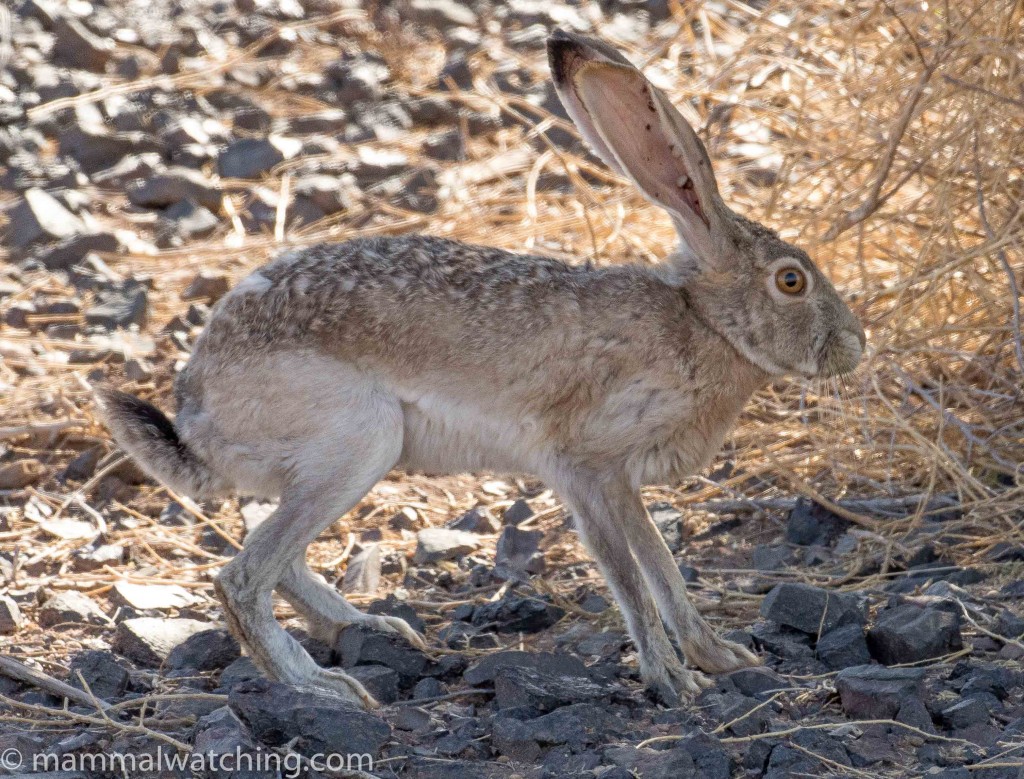 I’ve been looking for an American Hog-nosed Skunk since the late 1990s. I’ve looked several times in Texas, New Mexico and Mexicowithout success, and was contemplating a trip back to Nicaragua primarily to see this species. And so a quick (not really a mammal) trip to SW Texas last weekend gave me another opportunity. 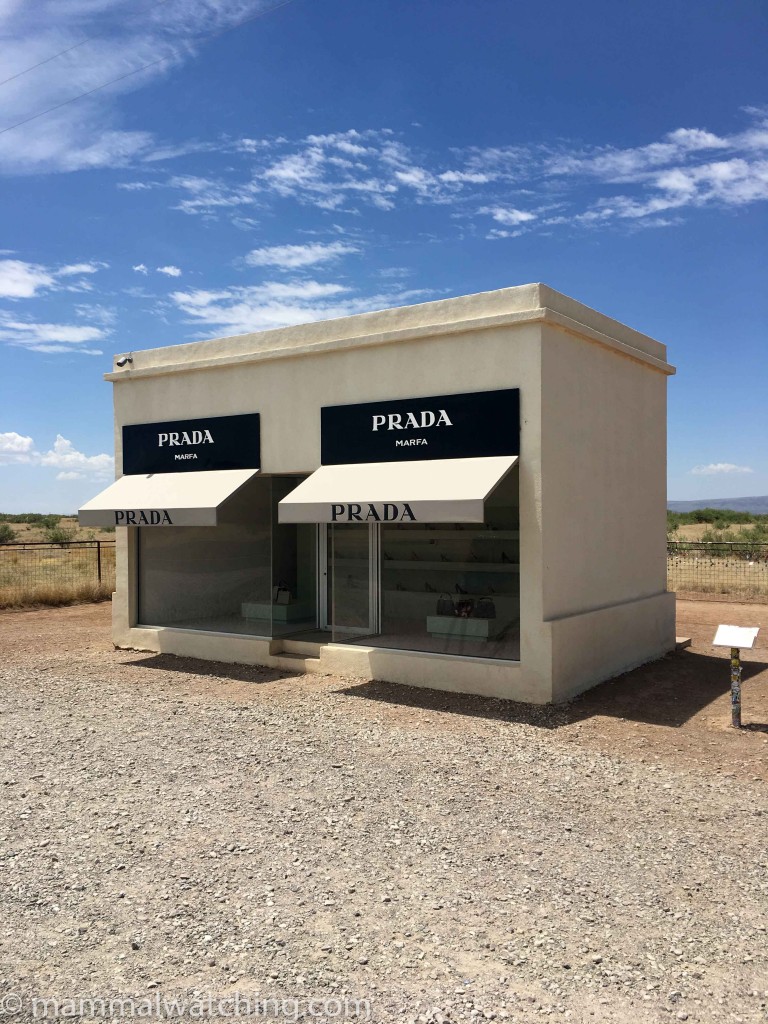 Not really a Prada Store

We spent one night in the town of Marfa, Texas, 3 hours SE of El Paso. The BBC described Marfa as part Brooklyn, part Texas and part Mars, which pretty much nails it. Lots of art (including a fake Prada Store installation), good coffee and hipsters. I didn’t go spotlighting but did set some Sherman traps along the highway out of town and caught a couple of Southern Plains Woodrats and a Deer Mouse. Desert Cottontails and Black-tailed Jackrabbits were abundant along the highway and we saw a few Pronghorn too.

We spent the second night at White’s City, New Mexico, next to Carlsbad Caverns National Park. I’d been told – 20 years ago – that the entrance road here was good for Hog-nosed Skunks and in two previous visits I’ve seen many Ringtails and rodents along it, as well as a Striped Skunk. But not a Hog-nosed Skunk. I spent a couple of hours spotlighting. I drove for an hour up and down White’s City Road which runs east of Hwy 62 a few miles south of White’s City. Lots more jackrabbits and cottontails as well as a Kit Fox in the desert but no skunk.

I headed up the Carlsbad Caverns National Park entrance road after 10pm and saw a Hog-nosed Skunk at the side of the road just past mile marker 2. I got a good look at it snuffling around, turning to look at me and then doing a handstand to spray. But not long enough to look and take a picture. My elation was deflated somewhat when a ranger pulled me over a couple of miles up the road. Though I sort of knew spotlighting wasn’t allowed in the major national parks I didn’t think I’d have a problem here. No longer true! The ranger was nice enough, once he realised I didn’t have a gun, but because his boss had seen me first he was pretty much bound to give me a ticket for “harassing wildlife”. It seems that there is quite a problem with people poaching reptiles from the park and that may explain the concern now.

Officer Hall told me that Barbary Sheep are now common in the park at night, and that Ringtails were still around. I didn’t see any Ringtails nor any rodents crossing the road which was a far cry from my last visit in 2013 though this time my spotlighting was obviously cut short. He also said that he had seen a Mountain Lion on the road a couple of years back and that he often sees skunks in the parking lots – both of the park and the motels in White’s City, so that might be an option if you don’t fancy tangling with the Texas law.