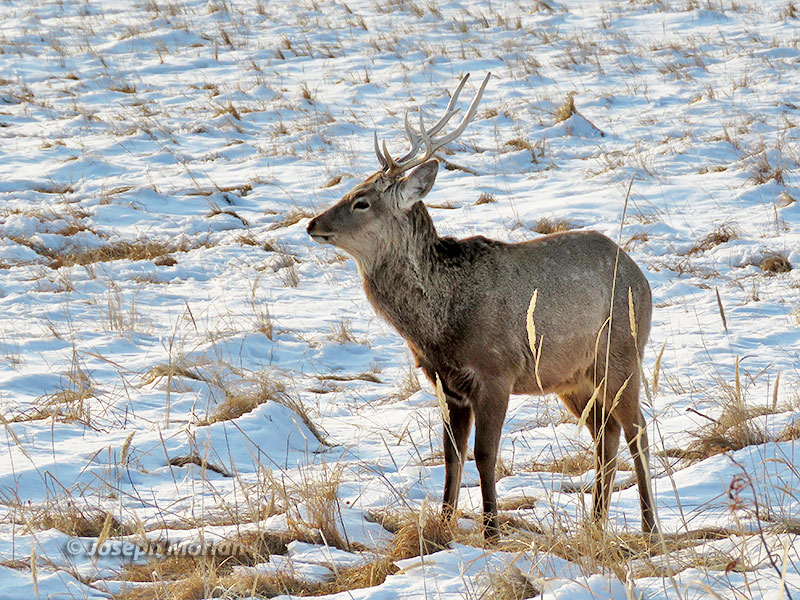 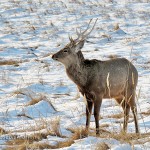 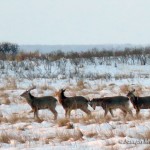 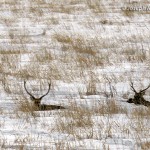 This species retains spots into adulthood, an evolutionary process known as neoteny. However the spots are extremely faint in the Japanese population and barely evident in this image. Also known as “Spotted Deer” or the “Japanese Deer,” the Sika ranges through East Asia. It has declined markedly in much of the mainland, but the Japanese population on Hokkaido is healthy. Sometimes regarded as “overabundant,” efforts to cull the population have been implemented in some places. Population increases have been attributed to the extirpation of its main predator, the wolf. Canon PowerShot SX60.