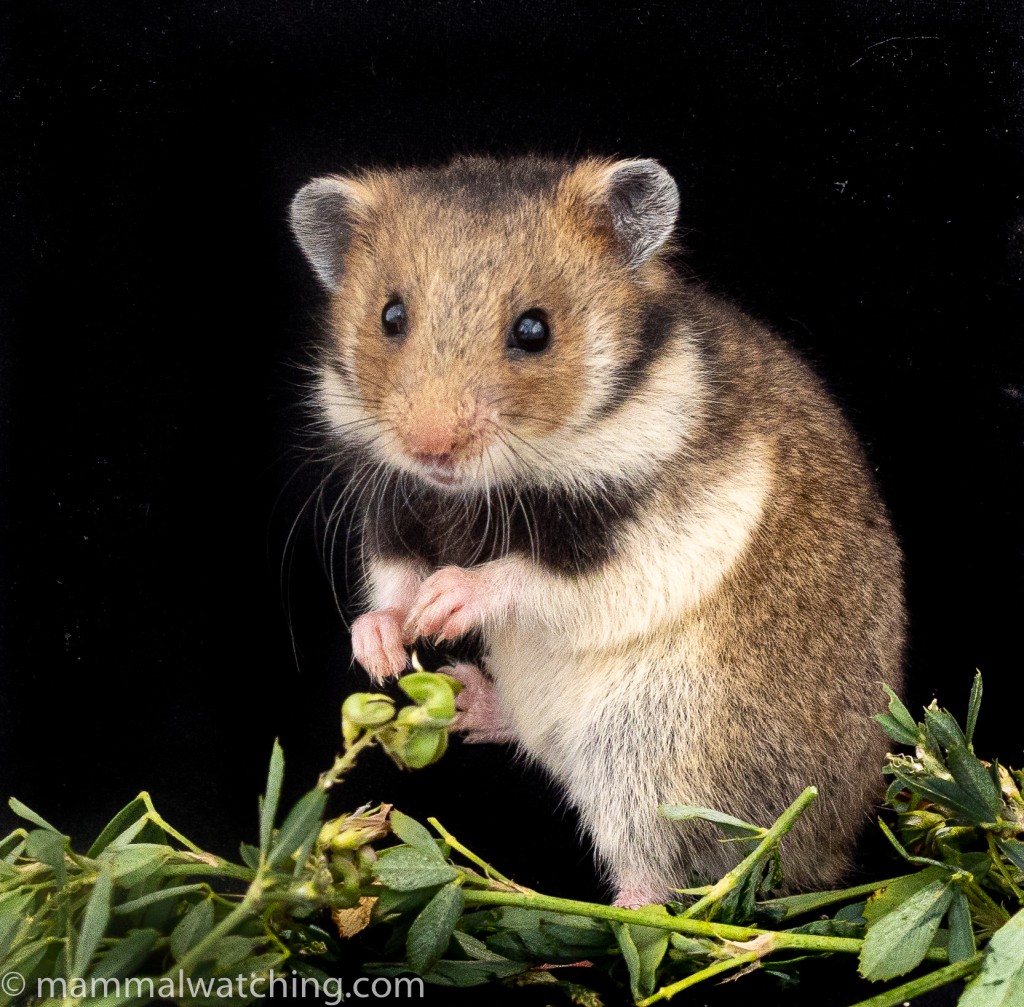 In September 2020 I spent a fun week with my son Patrick and mammalogist Nedko Nedyalkov looking for small mammals around Bulgaria.

We saw 20 species, including the fabulous Roach’s Mouse-tailed Dormouse but we missed one of my other main targets: the beautiful Romanian Hamster.  I vowed to return. The vagaries of ever-changing COVID rules meant I had to cancel two planned trips in 2021. But in September 2022 Patrick and I returned to see Nedko for 3 days on our way to Georgia. 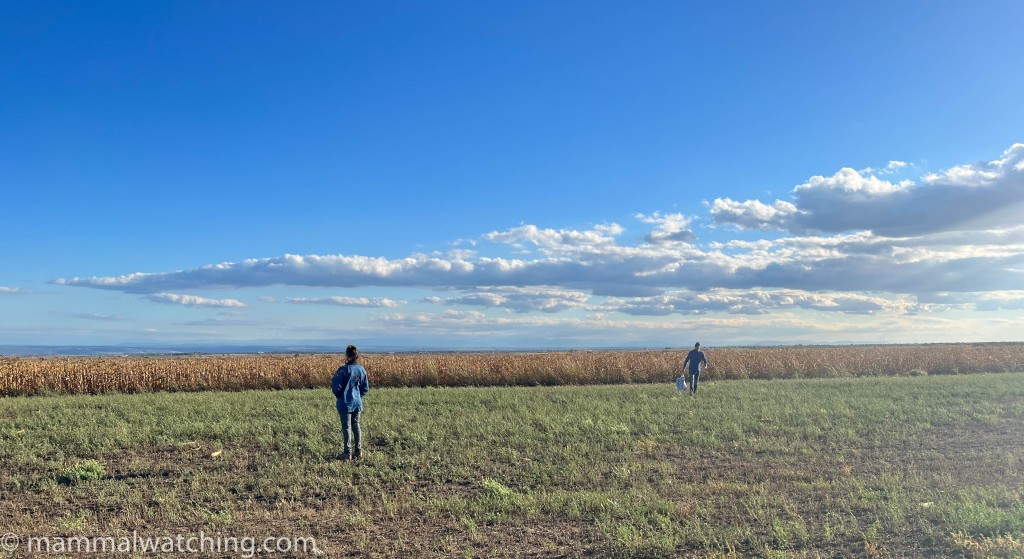 Looking for hamster holes in an alfalfa field

Our focus was on the hamster so we returned to Pleven, the heart of hamster habitat. We’d tried and failed to catch hamsters here in 2020 and once again focused on scouting alfalfa fields for fresh hamster burrows. The fields here are riddled with vole holes, recognised by their smaller size and sloping entrance tunnel. Hamster holes are larger and sit above a vertical shaft that can drop straight down for at least 50 centremeters. 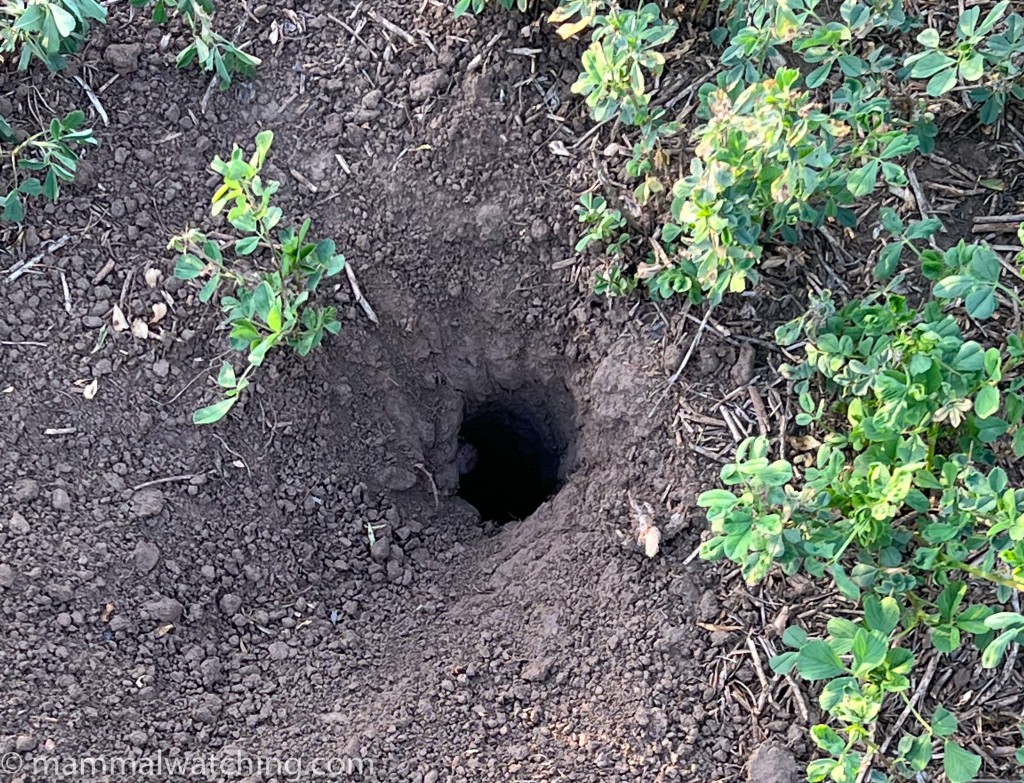 On the first night we caught a few Wood Mice. 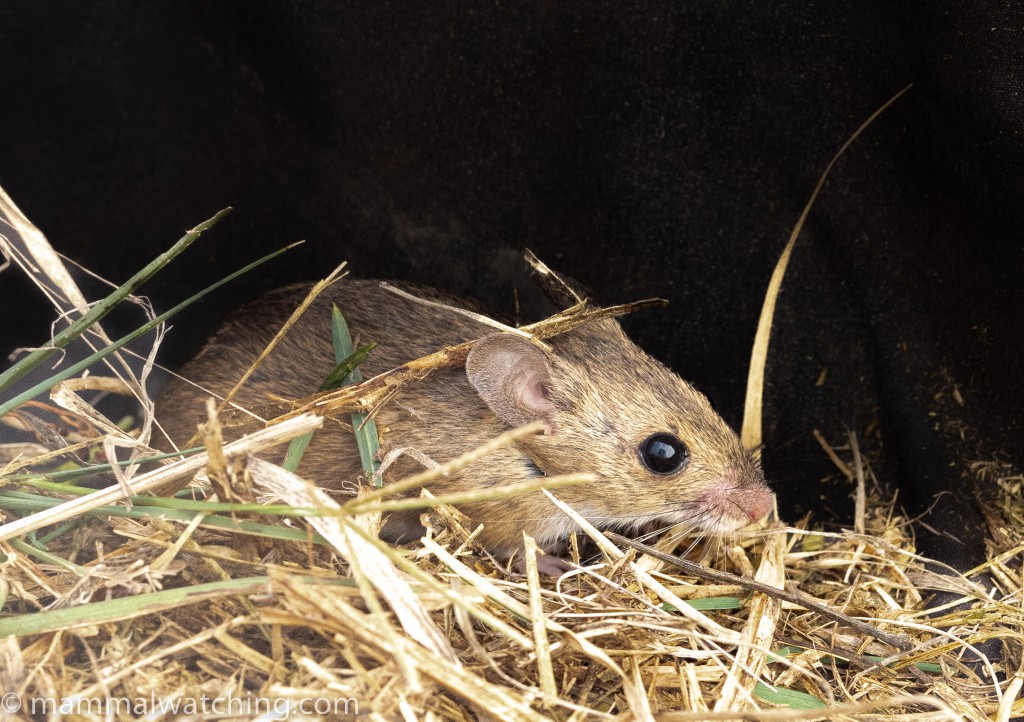 On the second night we carried on with the hamster hunt but also set Longworth traps in an abandoned vineyard where Nedko hoped we might catch a Bicoloured White-toothed Shrew.

The next morning we had caught several Guldenstadt’s White-toothed Shrews, which we had caught in 2020, and some Yellow-necked Mice. 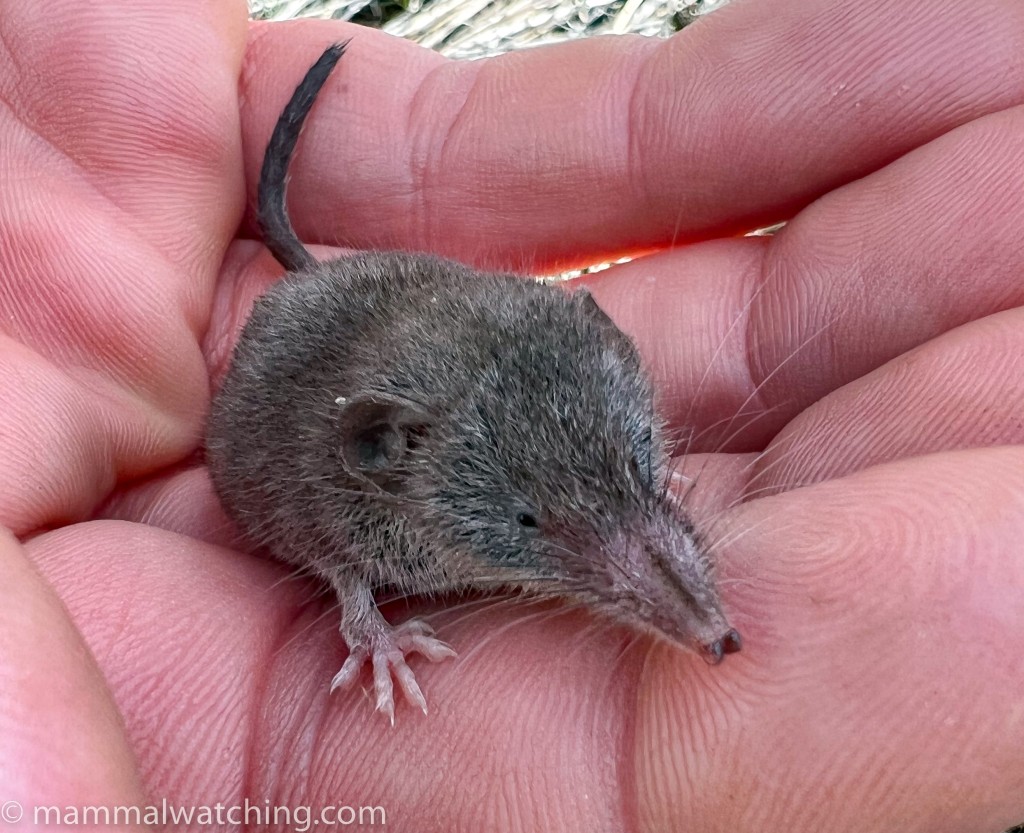 Nor did we trap a hamster.

But …. I had already gotten a strong hunch that the species is trap shy. And so on the second night I dragged myself and the others away from another excellent dinner to take a walk around the hamster fields, thermal scope in hand.

The wind was gusting hard and I was not optimistic. But we saw several rodents – apodemus mice I suspect – in the first few minutes and a Brown Hare. And after 10 minutes I saw the heat from a larger animal moving more slowly.  When I got the light on it Nedko and I yelled, in unison, that magic word: HAMSTER. 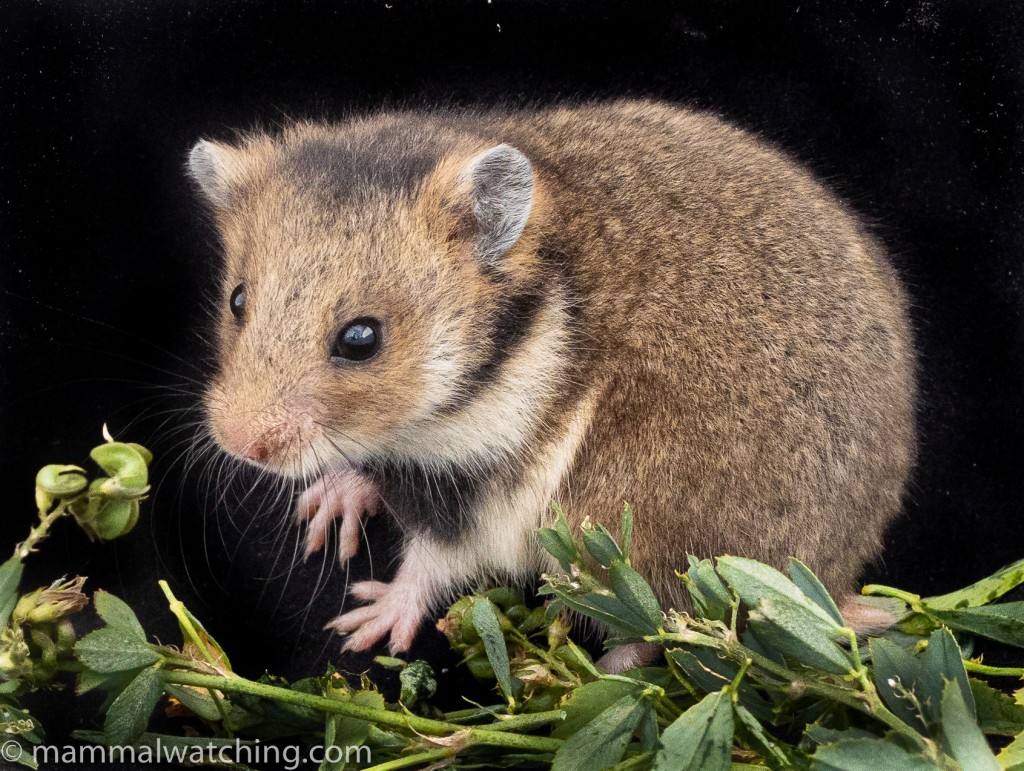 We kept the animal warm overnight and spent an hour the next morning on a hamster photoshoot. Nedko took DNA samples for his ongoing hamster study before releasing the animal. It was sucked into its burrow as if there was an industrial vaccum cleaner attached. My guess is the long drop burrow provides a rapid emergency exit to avoid predators or excited mammalwatchers. 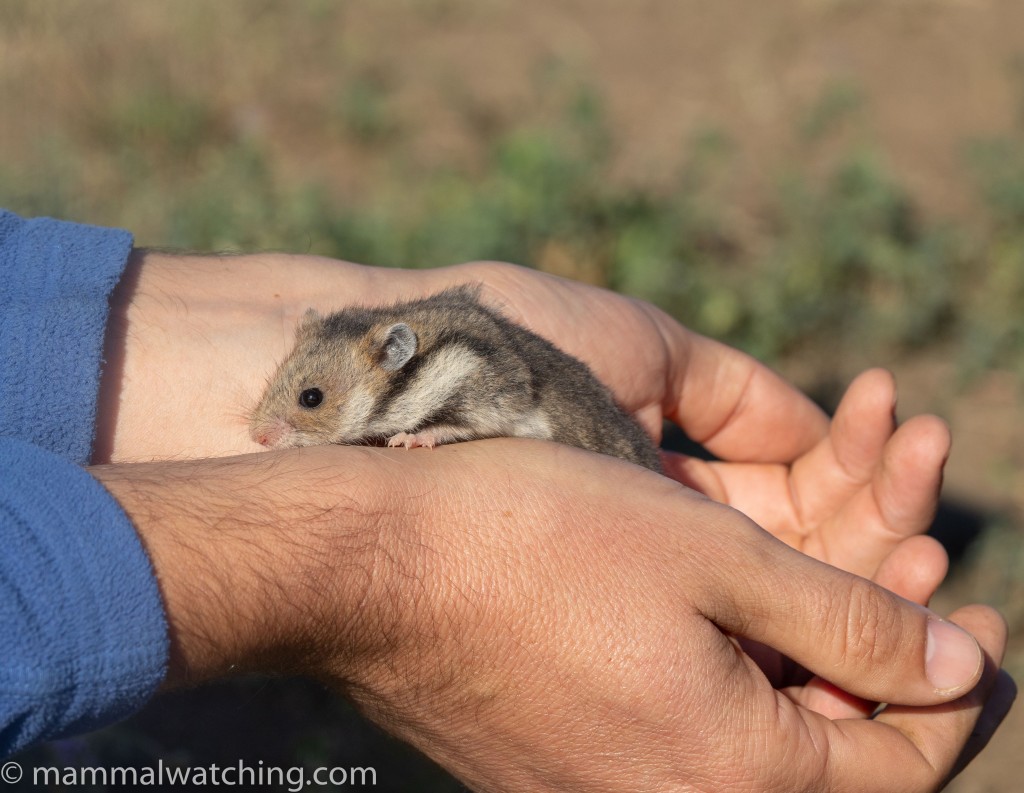 Delighted with the hamster, we moved to the mountains near Gabrovo for our final night.

Our targets here were European Water Shrew and European Pine Voles. And Nedko decided to set traps close to here, at around 1600 metres above sea level. He had not trapped here before, but knew there were records of pine voles. If we could find a clear mountain stream he felt we would have a good chance for a water shrew.

It took 30 seconds for Nedko to find pine vole burrows in the alpine grassland and we set some Longworth traps. 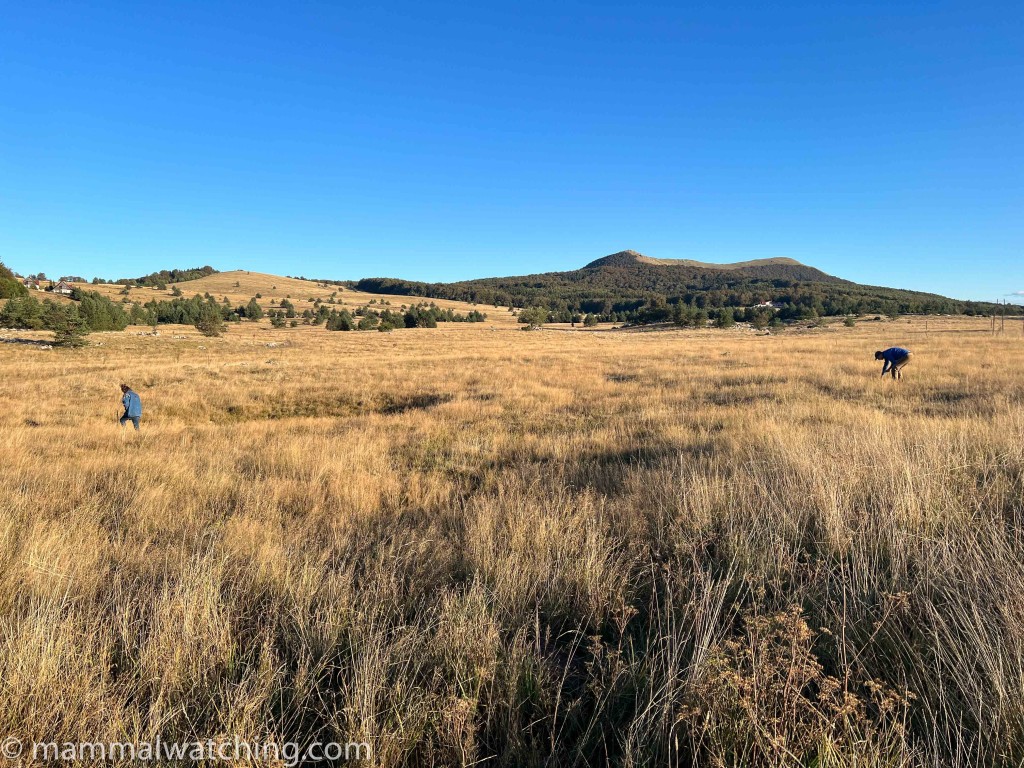 Finding a still flowing mountain stream was more difficult. And the only accessible water we could find was a virtually stagnant steam that was more a series of pools than a creek. 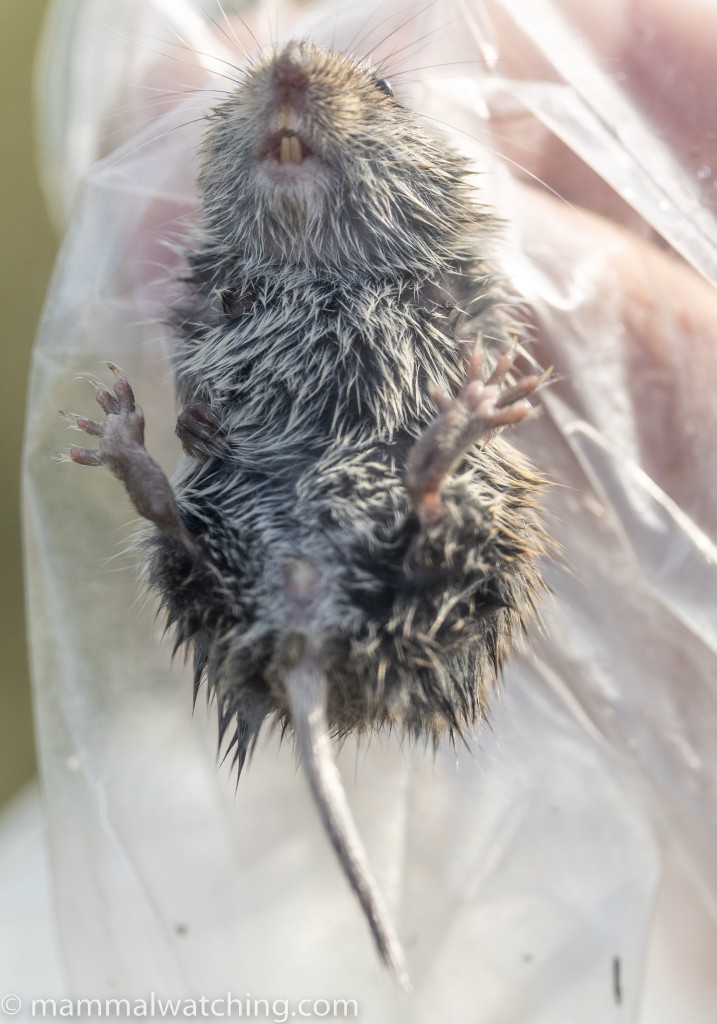 The next morning we caught two European Pine Voles. This largely fossorial vole has five pads on its hindfeet. The other similar short-tailed voles in the area have six pads. 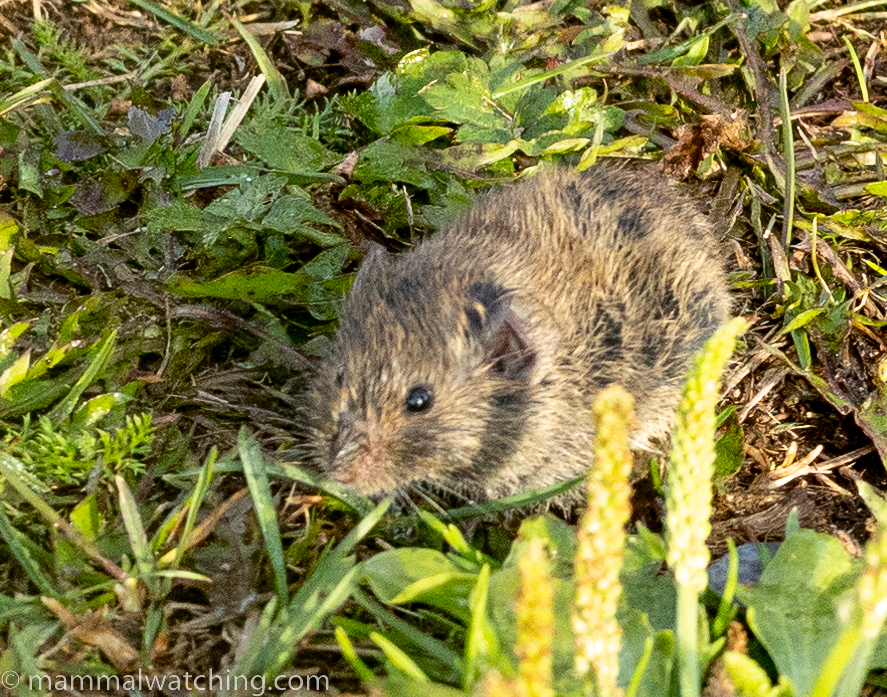 The first trap by the stream held a water shrew. Nedko was more excited than me I think. But after had a good look at the tail he identified it as Miller’s Water Shrew, a species I had seen once before (also with Nedko). 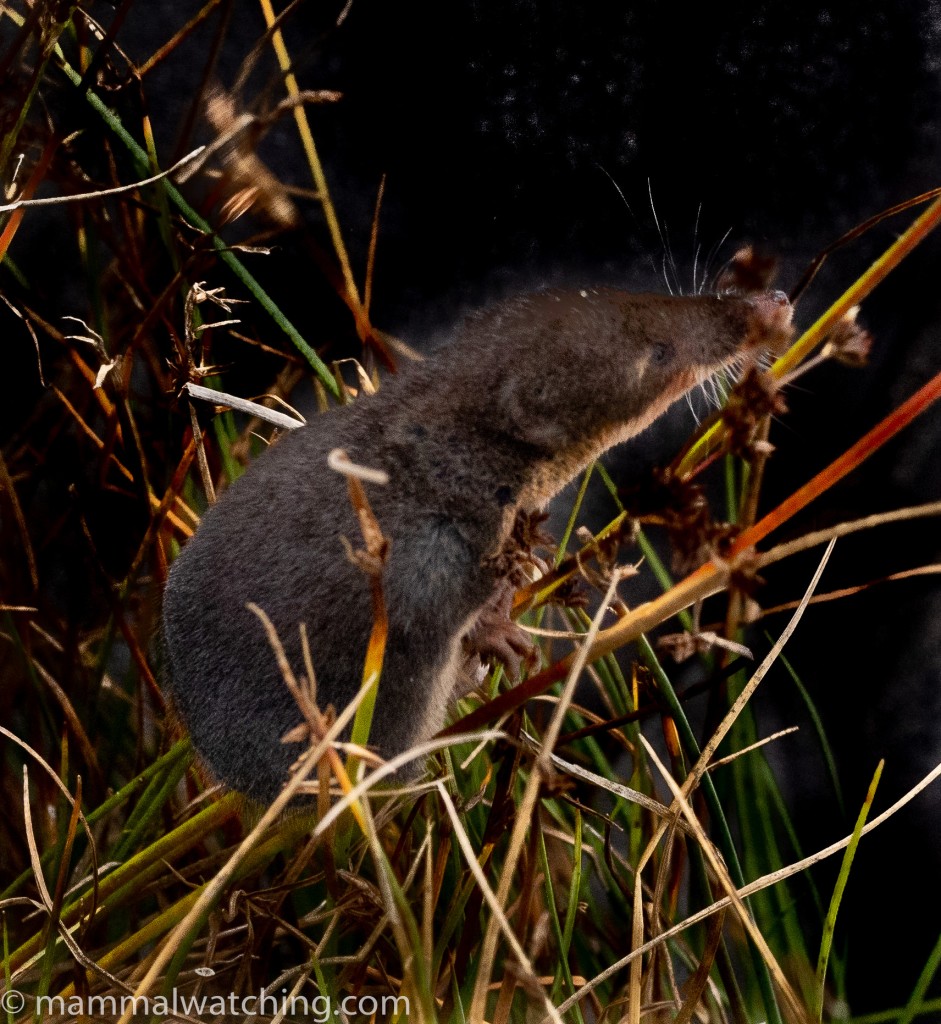 We set up a photo set and it posed for many photos, and attacked a snail we placed in harm’s way. 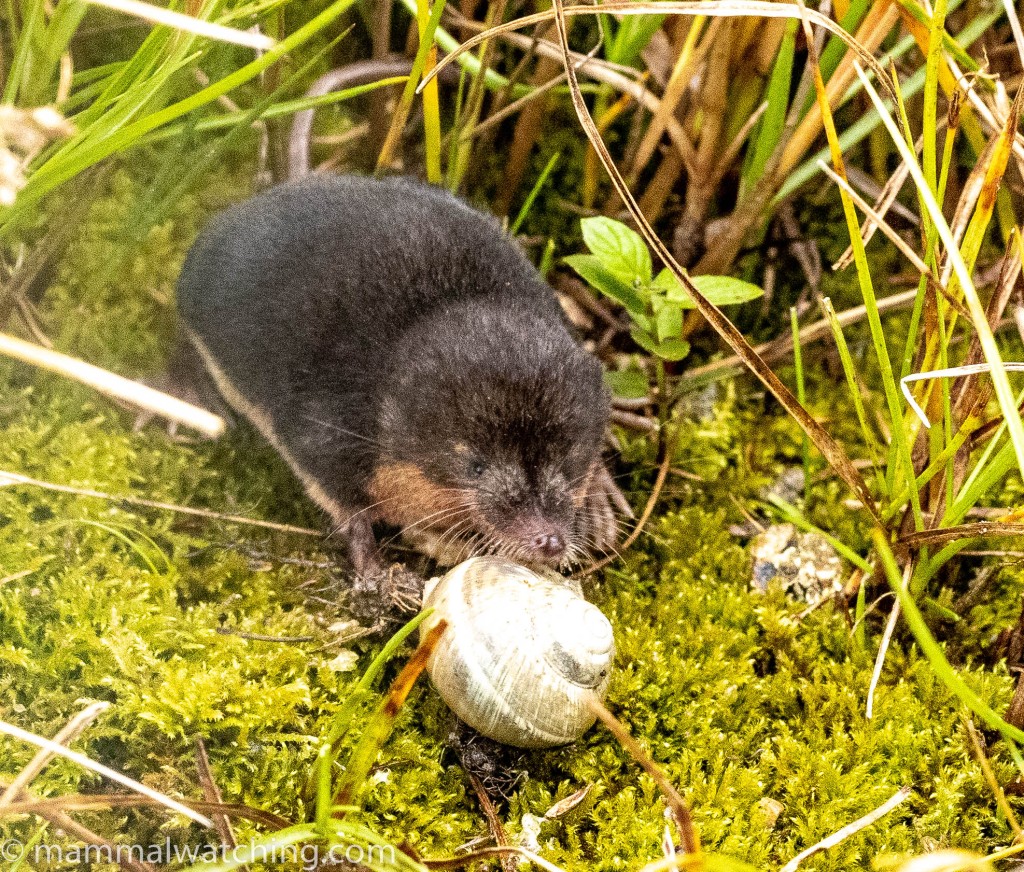 On the road to and from the trapping site we saw what were likely a Red Squirrel and a Stone Marten, at dawn and dusk.

Bulgaria proved again to be a lovely country to travel around. Good mammals, good food and good wine.  And this time I didn’t destroy the rental car which was a bonus.

Many thanks again to Nedko for showing us around, though he is now so busy at work he no longer has much time to be a mammalwatching guide. 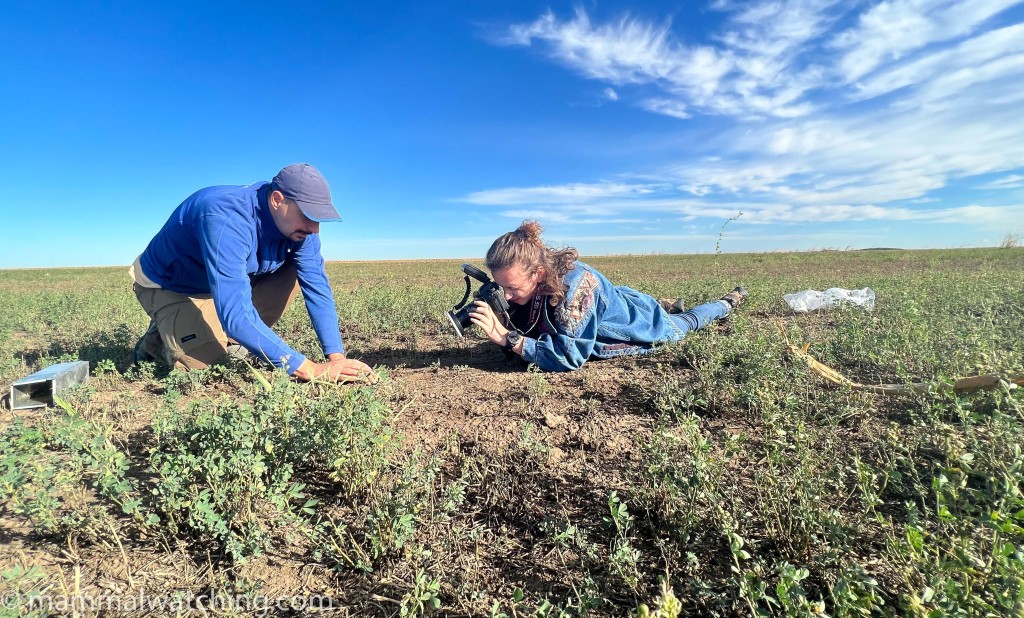