Profile
Comments
Countries in the Ecozone 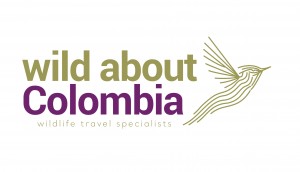 Colombia, 2018: Justin Brown, 3 weeks & about 30 species including 20 primates, with Golden-backed Uakaris, Mottle-faced and Bare-faced Tamarins and Caqueta Titis among the highlights.

Cottontop and White-handed Tamarins in Cartagena, 2017: Ignacio Yufera’s notes on these and other mammals in a city park.

Colombia Notes, 2008: Matt Miller, some notes of a month’s work in Colombia with trips to Los Llanos, Cartagena and Bogota.

Bennett, S. 2003. Los Micos De Colombia (The Monkeys of Colombia) Panaericana Formas e Impresos SA. A useful guide to the confusing taxonomy of primates in the region. It is, of course, in Spanish.

Sorry, no record were found. Please adjust your search criteria and try again.