Profile
Comments
Countries in the Ecozone

The mammalwatching in Borneo has always been pretty special but in recent years it has gone from strength to strength with the opening up of Deramakot Forest Reserve in Sabah. This forest is a mammalwatching paradise. It protects a lot of wildlife and seeing it here is easier than in most national parks. With the legendary Mike Gordon from Advernture Alternative Borneo wielding a spotlight all night long you have the best chances on the island to see Borneo’s most desired species. Where else can you see a Clouded Leopard, a Sun Bear and a Pangolin on the same night? I was not quite so lucky in 2015 ….. I need to go back.  See more of the World’s Best Mammalwatching. 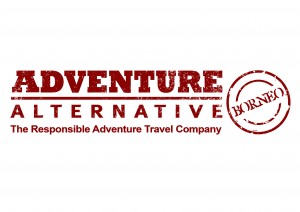 Sabah, 2017: Dominque Brugiere, 2 weeks & several nice species including Moonrat, Kinabalu Squirrel and Clouded Leopard. Plus what may have been a Hairy-nosed Otter.

Sabah, 2010: David Bishop (VENT), 2 weeks & 45 species including a Banded Linsang and a Banded Palm Civet. (David also reports a fabulous Tufted Ground Squirrel along the border track at Gunung Penrissen in Sarawak on a separate 2011 trip to Borneo).

Sabah, 2009: Dion Hobcroft, 5 weeks & 56 mammals including a Hairy-nosed Otter and a Malay Badger.

Malaysia and Borneo, 2009: Indri Tours, 2 weeks & 50 mammals including a Banded Palm Civet in Tabin and a Sun Bear and a Tapir in Taman Negara!

Kinabatang River and Tabin, 2008: Jon Hall, 6 nights and 31 species including a Flat-headed Cat and Hose’s Leaf-monkey.

Thailand and Borneo, 2008: Coke Smith, 2 weeks & in Borneo 41 species including a Ferret Badger. See more photos and the report on his site too.

Sabah and Sarawak, 2004: Jon Hall, 2 weeks and 50+ species including a Malayan Weasel and a Clouded Leopard.

Sabah, 2003: Richard Webb, 1 week and some great mammals including a Sun Bear and an Otter Civet.

There are separate pages on mammalwatching.com for Java, Sulawesi, Sumatra (including the Mentawai Islands) and the rest of Indonesia.

Help with Bat ID from the Danum Valley (October, 2020)

Sumatran Rhino Extinct in Sabah, May 2015

Payne, J. and Francis, C. 1998. A Field Guide to the Mammals of Borneo. The Sabah Society, Kota Kinabalu. Indispensable if you are visiting Borneo, this covers all the mammals known from there. Quite easy to pick up in Borneo (and probably cheaper there too).

Checklist of the mammals of Borneo, October 2013

A guide to mammalwatching in the Tawau Hills Park, Sabah. June 2021.

Sorry, no record were found. Please adjust your search criteria and try again.